Like the old ‘blondes have more fun’ chestnut, the notion that tall people earn more money has got to be an urban myth, right? 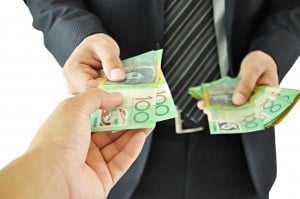 Roy Morgan Research confirms that there does indeed appear to be a correlation between a person’s height and their income, particularly where men are concerned.

This puzzling pattern is particularly striking among Aussie men.

As incomes rise past the $50,000 mark, the average height of the men earning them inches up accordingly. 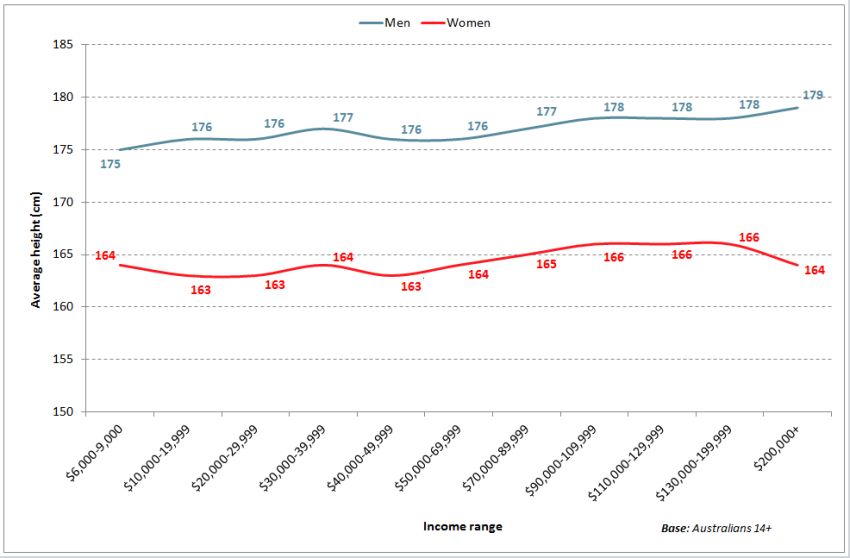 “The theory that tall people earn higher incomes has been circulating for years, supported by studies showing that taller people are smarter, have better people skills and so on. Whether these are the reasons behind it or not, the latest data from Roy Morgan Research shows that there does seem to be a connection between height and income, particularly among men.

“Obviously, this is not a hard and fast rule – there are plenty of average-height (or shorter) men and women with above-average incomes – but it’s striking enough to warrant further investigation.

For example, Roy Morgan data reveals that Australian men and women of above-average height are more likely than those of average or shorter height to agree with the attitude statement, ‘It is important that I have responsibility in my job.’ So which came first: the attitude or the height?

“It is also worth noting, of course, that the height-income equation would also be subject to other factors.

As we reported earlier this year, gender parity is still lacking in Australia’s workforce, and even a tall woman on a higher-than-average income may be earning less than her male counterpart.

“Containing deep data on employment, income, work attitudes and professions, plus a wealth of other key demographic and psychographic measures that combine to provide meaningful insights into Australian workers, Roy Morgan Single Source is an invaluable source for government and university departments striving to make the workforce a fairer and more transparent place.”