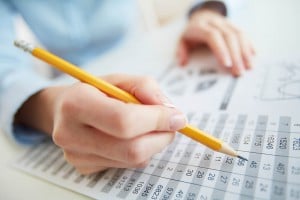 For the past 16 years Commsec have produced “The Big Issues” report – which highlights the issues that are expected to influence our economy over the next 12 months.

Now this is no crystal ball gazing exercise.

Their aim is not just to forecast where certain economic variables are likely to be in a year’s time.

Rather their focus has been to highlight trends, issues and ‘big picture’ influences that act as threats or opportunities for consumers, investors and businesses alike.

Our next 8 days we’ll break down their detailed report in what I hope will be readable, relatively jargon-free articles.

A Review of the Past Year

This first instalment largely sets the scene for the next few days as we discuss of the Big Issues of 2018, because there are themes and trends that have evolved over the past year or years to affect economic performance.

And clearly each one of us wants to know whether the same factors or indeed new factors are likely to dominate in the coming year.

Now for the good news..

The economy played out generally as expected in 2017.

Now while economic growth will be closer to 2 per cent rather than 3 per cent, other variables hit the target. 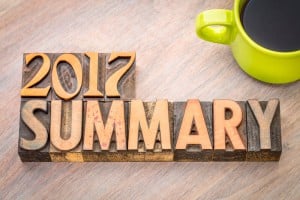 On interest rates, last year we said: “At present we think the Reserve Bank will stay on the interest rate sidelines for much of 2017.

The Reserve Bank still has the ability to cut rates if underlying inflation stubbornly remains below the low end of the 2-3 per cent target band.”

The cash rate indeed has remained stable at 1.50 per cent.

Both the Aussie dollar and the sharemarket are ending the year well within the forecast bands.

The sharemarket may finish near the top of the forecast band while the Aussie dollar is currently trading near the middle of the US73-79 cent trading band.

Home building remains solid in most states and territories.

Certainly more new homes will be finished over the next year, and this will keep investors and authorities alike focussed on the type of landing experienced: ‘hard’ or ‘soft’.

The business sector is in great shape, with conditions reportedly the best in 20 years.

Businesses are spending, investing and employing and the jobless rate is gradually edging lower.

The jobless rate is at 4½-year lows. 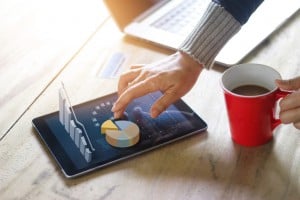 But consumers are still spending.

That is, roads, tunnels, railways and airports.

And work on current and mooted projects will support the economy in the next few years.

Economic growth is expected to lift from around 2 per cent to near 3 per cent over 2018.

Contributions to growth are expected to be broad based with consumers, businesses, exports and governments expected to contribute to the firmer growth pace.

Inflation is expected to remain contained, resulting in stability of interest rates. 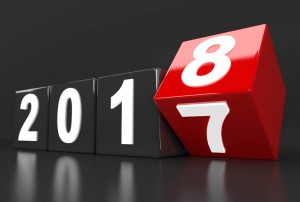 Indeed the cash rate may remain at 1.50 per cent for most of the year.

While we have pencilled in a rate hike for December 2018, clearly that is still some way ahead.

The Australian dollar could move either way over 2018.

And much depends on what happens in the US.

If the US administration is successful in legislating tax cuts, and they aren’t overtly staggered over coming years, global investment dollars may flow to the US.

But at time of writing, the tax legislation still needs to pass the Senate.

And then there is the question of US monetary policy if inflation stays stubbornly low.

Watch your inbox over the next 8 days for our ongoing discussion of the Big Issues ahead for 2018.