It became Napoleon’s key to success and his secret weapon.  Napoleon used all of Sun Tzu to his own advantage to conquer most of Europe, and it was only when he failed to follow Sun Tzu’s rules that he was defeated.

In the last few centuries, The Art of War has been studied by top politicians and military leaders, and more recently business leaders and successful investors around the world.  Some of the world’s best military schools and business schools have also made it obligatory reading.

Why is The Art of War so fascinating to read?

And what has that got to do with property investing?

The Art of War is a tiny little book of 5,000 words; but just about every paragraph in the book can have significant implication on investment strategy and life strategy in general.  Let me pick a few paragraphs to discuss them here.

War and investing are very similar: you lose everything if you lose.

Sun Tzu has made it very clear, you have a lot of control over ‘not losing’, but you can’t really guarantee ‘winning’, winning comes from opportunities given by your opponent (say, the market) and your readiness and ability to pounce on those opportunities.

In a simpler term, you can only take credit for ‘not losing’ by defending, but not so much for ‘winning’ by attacking, this is usually quite unacceptable to our ego as we would like to think that we have defeated the enemy rather than the enemy let us win.

So to put ourselves beyond the possibility of defeat requires a thorough defensive strategy, this can be a simple, boring and conservative strategy to make sure that we can defend ourselves should a bad situation happen.

For example, one of those defensive strategies in property investing could be making sure that we never have to sell our properties regardless of the market conditions and our personal situation.  That is because if we are never forced to sell, we can’t lose money as properties will always go up over long term.

To implement such a defensive strategy, we probably need to:
* Be willing to follow strict rules over a long term defensive investment plan;
* Select investment properties that have proven historical performance but not necessarily extraordinary growth in the near future;
* Manage your finances in a way that you have enough money (cash flow or equity) to cover expenses and avoid loans being recalled by lenders during bad times;

It is very obvious that if we can defend ourselves during bad time, we will be ready to take on opportunities during good time.

I find this mindset very helpful for life strategies as well.

For example, we may all have different jobs: a kitchen hand, a factory assembly line worker, a receptionist, a computer programmer, a volunteer worker, an accounting clerk, a mortgage broker, or a manager, etc.

If Sun Tzu is right, we can’t really control what opportunities which may come our way, but the only one thing we can control is probably ‘not losing’ by doing our best in our current given opportunity, and in doing so we’ll be ready for better opportunities should they come around.

It is very common to see people constantly looking for a better job or business opportunity, and forget about doing their daily work to the best ability they can.

Invariably, they end up jumping from job to job, business to business.  They are always on the lookout for better things to do, whereas in reality better opportunities don’t usually come to people who can’t even appreciate their current given opportunity and be able to do a good job at it.

I guess this is because we are only given opportunities we can handle.

On the other hand, people who are doing their current work to the best they can always end up with better opportunities which may or may not have anything to do with what they’re currently doing.

We sometimes call these people ‘lucky’.

This is no difference to a solid property investor picking up a great deal because he or she is the person not only at the right time and the right place, but also more importantly ready to take it on.

Sun Tzu said:
“A clever fighter is one who not only wins, but excels in winning with ease.  Hence his victories bring him neither reputation for wisdom nor credit for courage.

It is that in war the victorious strategist only seeks battle after the victory has been won, whereas he who is destined to defeat first fights and afterwards looks for victory.”

I remember when I started as an investor in the share/options market many years ago, I was merely looking for the ‘big wins’, because that gave me a sense of wisdom, courage and achievement.

Strictly following some boring guidelines doesn’t give me any of that.

In Sun Tzu’s words, I went to ‘battle to look for victory’ in order to prove something and there is no surprise to me today that I lost money in doing so back then.

I have found the same issue with some property investors who are looking for the ‘big deals’ without an underlining defensive strategy.  They win some and lose some, and most of them still haven’t accumulated much wealth even after many years of effort and wealth of experience.

Sun Tzu basically said that if you are a good strategist, you should win in such an easy way that you don’t even look like someone wise or courageous, because you have ‘won the victory’ through careful but boring defensive planning and consistency before you ‘start the battle’, doing the battle is just a formality.

In other words, anyone can do well by strictly following a carefully designed plan, not just you. It almost takes away any credit left for our individual brilliance.

It hurts to think that we are not that important, doesn’t it?

Having said all that, I am not saying the offensive strategies are not important, they are part of the game, you can’t win if you don’t attack, not losing is not the aim, but they should be built upon solid defensive strategies.

In fact, our ability and willingness to take on opportunities with calculated risk will separate those who are doing financially ok and those who can be truly wealthy.

Bill Zheng is founder of Investors Direct Financial Group, a leading property finance company providing financial solutions for property investors and developers. Bill is a keynote speaker at many property and finance conferences throughout Australia.www.investorsdirect.com.au

Bill is founder of Investors Direct Financial Group, a leading property finance company providing financial solutions for property investors and developers. Bill is a keynote speaker at many property and finance conferences throughout Australia. Visit www.investorsdirect.com.au

Even More Success Habits of the Rich 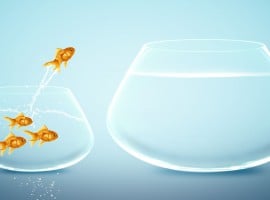 21 Success Habits Of The Rich

'The Art of War and Property Investing' have no comments