In his column for Switzer, John McGrath discusses the challenges facing housing affordability.

Affordability has become a very serious issue in Sydney following a five-year boom during which time Sydney home prices have risen by 74.9%, according to the latest CoreLogic statistics.

We are hearing more stories about the affordability struggle, not just for first home buyers, but also for more established family buyers trying to upsize their homes as their families grow or downsize to smaller lower maintenance homes after their kids have left.

Affordability also presents a very real social issue, as it is becoming increasingly difficult for essential service workers like teachers, nurses and police to afford to live in the areas where they work.

The biggest hurdle for young buyers is saving the deposit.

Typically, a 20% deposit is required for a new home loan.

These circumstances make it very hard for young people earning a career entry level income to save what they need to get a foot in the door.

They might be able to afford the mortgage repayments, especially today with interest rates so low, but saving the deposit is very tough.

This dilemma has spawned a few rising trends:

In regards to Sydney upsizers and downsizers, the biggest impediments to affordability are not just rising property prices.

Stamp duty plays a significant role and has a direct impact on affordability.

NSW stamp duty thresholds have not changed in 30 years, but property prices have soared.

Stamp duty on the average Sydney house used to be about 1.3% of the purchase price, now it’s over 4%.

Today’s significant lack of stock is another impediment to affordability.

While it’s a great time to sell, home owners understand that buying back in could be very difficult, especially in sought-after markets.

Some would-be sellers are choosing to stay put and renovate instead.

The Federal and NSW Governments are both actively considering various strategies right now to tackle the affordability challenge.

Federal Treasurer Scott Morrison has promised an affordability package in the May budget. 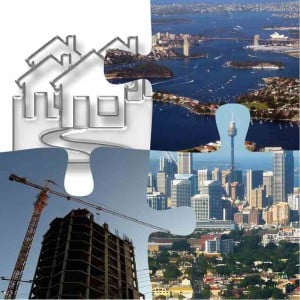 Among the measures they are reportedly considering are incentives for pensioners to sell to free up more family homes for younger generations.

Meantime in NSW, Premier Gladys Berejiklian has set up a cross-government working group to come up with ideas which will then be reviewed by former Reserve Bank Governor, Glenn Stevens.

Everyone has an opinion on housing affordability and how to fix it.

It’s a topic dominating dinner table discussions across Australia but particularly in Sydney.

However, it’s worth noting that any attempt to make property more affordable must be balanced against preserving the value of current home owners’ properties.

Seven out of 10 Australians own their own home and it’s usually their largest asset and the cornerstone to their financial security.

'The affordability challenge' have no comments