Did you know you’re going to end up paying more tax?

This is despite no change to the tax brackets, but because of bracket creep with increased taxation by stealth, says:

This Government has a mantra in relation to taxes: Lower, simpler, fairer.

In this year’s budget the centrepiece was a tax cut for small business, but there was no discussion of personal income tax rates.

The answer is bracket creep

In this year’s budget wages growth is predicted at 2.5% for the first two years, and 2.75% in 2016-17; slightly more than CPI but there are no changes proposed to the tax thresholds.

It is widely accepted that income tax rates should be progressive in accordance with the ability to pay principle.

However, progressive tax scales carry the risk of bracket creep as taxpayers are pushed into higher marginal tax rates.

Bracket creep occurs when incomes rise but the tax thresholds do not rise by a similar amount, resulting in the wage increase being taxed at a higher rate of tax.

Therefore taxpayers are paying more tax without any real increase in their income.

The first point is that an increase in marginal tax rates is only applied to additional income earned: if a taxpayer works overtime and her weekly pay packet is pushed into a higher tax rate, the higher rate only applies to that proportion of her pay packet.

Where tax scales are progressive, the average rate of tax, which is generally lower than the marginal rate of tax, can be a better measure of how much tax is paid.

The obvious solution to bracket creep is to index tax thresholds.

This was adopted in the great inflation of the 1970’s

In 1975 the Mathews Inquiry into Taxation and Inflation recommended income tax brackets be indexed to the rate of inflation. 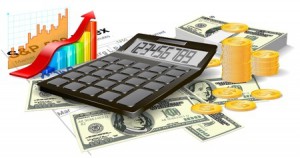 This was implemented from 1976, but was abandoned by the Fraser Government which moved to half-indexation after one year, and then abandoned automatic indexation completely in 1981.

The economic reasons for abandoning indexation were two-fold: as the government faced increasing costs it needed to collect more revenue, and bracket creep is less visible than tax increases; bracket creep was a restraint on wages growth during the inflationary cycle.

However the rates applicable to the different tax brackets in 1982 were considerably higher than the current rates.

Instead of indexation, since the early 1980s the government has preferred to legislate changes to tax brackets from time to time, and often in conjunction with changes to the tax rates or other changes.

The following table shows the tax rates for resident individuals following key tax reforms over the last 30 years, expressed as a percentage of average full-time weekly earnings (AWE) at the threshold for each tax rate.

(* in these years the lowest income brackets would have qualified for the low income tax offset. This offset and the Medicare levy have been disregarded in this table.)

The tables also show the effect of the higher tax thresholds applied over the most recent economic cycle.

In fact, the top rate now is comparable to the middle tax rate in 1982, which applied from 112% AWE.

Without formal indexation, the government has limited bracket creep by regular adjustments to the tax thresholds.

Generally, workers on average weekly earnings have paid a marginal tax rate of around 30%.

But Treasury is convinced that threshold adjustments cannot continue

The Intergenerational Report makes it clear that there are limited sources of revenue, and that revenue growth must come from increased productivity.

This theme is carried into the Re:Think discussion Paper, which discusses the implications of bracket creep.

The effect of bracket creep over the budget forecasts is shown in Table 3. AWE for the next four years has been calculated from the wages growth estimates.

If the current marginal tax rates continue to apply in those years, the average tax rate paid by a person on AWE and on 1.5 AWE will creep up in each year.

The Re:Think discussion paper asks a number of questions, including:

We can debate whether taxes should be higher to fund expenditure, or lower to improve rewards for labour, or even whether the system is progressive enough, but the tax system should be transparent.

'Taxation by stealth: bracket creep and the budget' have no comments