If there a version of tax reform were we call ALL win?

Tax reform is a political process based on negotiation and compromise. 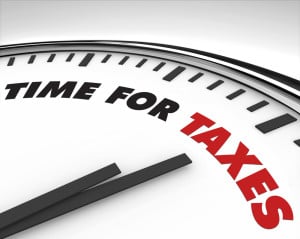 During the 2013 election campaign the Abbott Government promised a White Paper on Tax Reform.

Release of the draft paper has been delayed well past the original proposed publication date of late 2014, jeopardising the opportunity for an informed debate before the next election, due in late 2016.

Effective tax reform depends on finding a cohesive package that is politically acceptable: no one wants to be a “loser”.

The most significant reforms of the last 25 years took place after key stakeholders entered into a dialogue: the 1985 Tax Summit resulted in a range of measures to broaden the income tax base and reduce income tax rates; in 1996 ACOSS and ACCI opened a dialogue about tax reform at a National Tax Reform Summit.

The current form of the GST is a product of negotiation between stakeholders.

What are the issues?

Treasury has identified the key issues in the current reform round as:

Other stakeholders agree that these are the challenges, but disagree on priorities.

The issues to watch include:

Even if stakeholders agree that we need reform, they do not always agree on the shape of that reform: for example, when looking for an equitable increase in the GST, CPA Australia recommends that the GST be applied to food, health and education with compensation to low income households, while the Australia Institute suggests that the GST should be imposed on private health and education as these services are used more by higher income households.

The politics of tax reform

Part of the problem is that tax reform is more likely to be accepted when it is revenue neutral and the Government is seen to be giving back as much as it is taking. 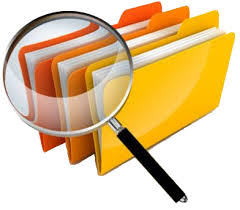 The 1985 and 1999 tax reform packages were in a climate where economic conditions supported tax cuts: in 1985 personal marginal tax rates were being cut around the world and in 1999 Australia was in an economic boom.

Even the Henry Review was commenced before the GFC hit.

This tax reform debate will be held against a backdrop of budget deficits, a non-compliant Senate and lower rates of economic growth.

The Treasurer has indicated that tax cuts are unlikely, and that the forthcoming inter-generational report will make Australians “fall off their chairs” as the declining participation rate will result in lower revenues while government expenditure increases.

In this environment it will be difficult to craft a tax reform package that is seen as fair: any reforms could easily be portrayed as a tax grab.

In particular, moves to scale back negative gearing or superannuation concessions will be very hard to sell to an ageing electorate.

As Dr Ken Henry said in 2009 before handing down the report of his review into Australia’s tax system:

“Successful tax reform is not just about increasing GDP or revenue, or making the system easier to understand, or more sustainable, or fairer, or better able to assist governments to address various social problems. It is concerned with all of these things. Successful tax reform means improving the wellbeing of the Australian people.”

'Tax reform – can we ALL win?' have no comments