Be ever mindful of the role of the Agent in concluding a transaction and always be conscious of their position when framing an offer to buy.

Try and smooth the way with them to facilitate the sale rather than hinder it.

A classic and fundamental point here is the amount of deposit paid by a Buyer, particularly on residential property.

As an investor you should be alive and conscious to this issue whenever you submit an offer through an Agent. 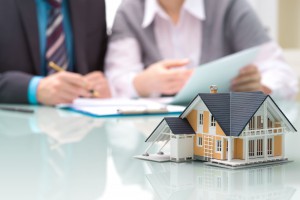 Ensure wherever you can that the deposit paid, at least by the time you go unconditional, is rounded off to at least the amount of the Agent’s commission.

If you submit an offer to an Agent where the deposit doesn’t cover the commission (which means that it is payable from the balance purchase price payable by the buyer on settlement date), then they will immediately be concerned about the fact that the deposit isn’t enough to pay for their commission and therefore they don’t have security for payment of their fees.

Where you frame your offer though so that the deposit is always rounded off to at least the amount of their fees and all paid well before settlement date, then this will be an issue that you have avoided and this will help facilitate this transaction.

Do this rather than prompt the Agent, in the case of a “skinny” deposit, to push back.

As I have said many times before, it is the micro skills in life that are the most important.

What does it matter that you have a law degree from Australia’s most prestigious university if you do not understand what just seem like subtle points of negotiation, such as this one.

They are much more than that.

Preparation for a Negotiation

When preparing for a negotiation session where you know there will be a lot of “argie bargie” and arm wrestling on many a number of points, give careful thought to h 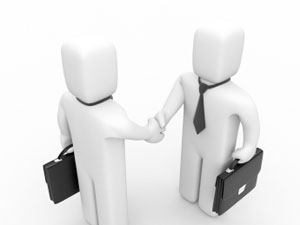 ow you manage the large number of issues.

My suggestion is that you should prepare for the negotiation by getting up a list of lets say, 10 points in issue.
As a negotiating strategy, an approach that can work well is to agree to the first 5 of these points readily and leave the biggest and most important points to you until the very end.

Then push for these bigger points at the end after conceding to the first 5 or 6 of these points.

This approach goes contrary to the notion that you don’t agree to something without getting something back in return.

By approaching negotiations in this way you create a spirit of co-operation and paint yourself as someone who is willing to compromise and be reasonable.

By the time the other party gets to your point 6 or 7 (which is far more important to you), then you will have moved them to a position where their attitude is “Oh well, he is being fair, I should be fair here as well,” and they will have a greater propensity to agree to your more important points.

This approach too goes contrary to the usual style of lawyers engaged to represent you on negotiating the finalisation of documents as lawyers nearly always have a style where they will respond to the other solicitor about the points in their document, clause by clause (e.g. start at clause 1 and finish at clause 20).

This is a piecemeal style of negotiation and I suggest you should not be driven by this approach.

A better approach is to group all the points that you agree to at the start of the negotiation as outlined above, and move on from them to the important points.

Your lawyer’s letters should deal with the matters in the same fashion.

'Tactics To Bring To The Negotiation Table' have no comments