This has been the most prominent in the Sydney housing market.

In his column in Switzer, John McGrath explains the ‘Manhattan effect’ and what it means for the future of Sydney’s demographics.

In our 2015 McGrath Report, we released some specially commissioned research showing Sydney’s inner ring now has a median house price above $1.5 million and the middle ring is above $1 million. 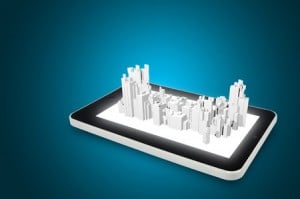 This means the zone within 20km of the CBD is now too expensive for more than 90% of Australians based on their ability to service loans beneath the widely-recognised mortgage stress test of 30% of household income^.

Household incomes of around $270,000 per annum* in the inner ring and $195,000 in the middle ring are required to service a typical loan.

Even Sydney’s less expensive outer ring requires a household income above $100,000 for most people to avoid mortgage stress.

Here is a table showing the gross household income required to pass the mortgage stress test in the inner, middle and outer rings of the East Coast capitals.

Here are the median house and apartment prices for the inner, middle and outer rings of the East Coast capitals.

So what do we do about this?

Social demographer Bernard Salt posed the following question in an article published by The Sydney Morning Herald in June this year:

“It’s almost like the Manhattan effect.
You only attract rich people on to the Manhattan island, and the rest live out in Brooklyn.
Should a global city like Sydney really offer a place for everyone? That’s a social question.”

Over the past few decades, we’ve seen Sydneysiders adapt to the city’s rising affordability issue in many ways.

The classic scenario involved moving further out from the CBD where bigger houses were more affordable.

Today, you need around $625,000 to buy just an average house in the outer ring, which is defined as 30km from the city centre.

That’s a lot of money and a long way to commute just for the privilege of living in Sydney.

Other trends prompted by affordability have included families choosing apartment living over houses so they could buy a home for less in a better location; as well as families moving to regional locations within a 90 minute commute, such as the Central Coast and Wollongong.

We believe the next step is leaving the city altogether.

We’re not expecting a mass exodus, but we do feel that Melbourne, Brisbane and NSW coastal regions will become increasingly attractive to the rising number of Gen X middle income earners who are simply tired of Sydney’s higher cost of living.

The next generation of families among the more nimble, lifestyle-focused Gen Y will inevitably follow.

There’s evidence of this now, with latest Australian Bureau of Statistics data showing an increasing number of Sydneysiders migrating to nearby commuter seachange locations while others are heading to Melbourne.

In fact, Melbourne’s population has been growing faster than Sydney’s since 2000 and its net interstate migration is at its highest point in 40 years.

In 2014, almost 30% of that interstate migration came from Sydney.

Further, in two out of three models used by the ABS to project future city populations, Melbourne will overtake Sydney in either 2030 or 2053. Let me say that again. Melbourne’s population is going to overtake Sydney’s – and a big reason is interstate migration.

Times are changing for Sydney.

* Median gross household income required to pass the mortgage stress test of no more than 30% of income used to cover home loan repayments.
Based on median priced houses (80% LVR Principal & Interest Loan over 30 years at 4.75%)

^ Calculations based on most recent ABS Household Income and Income Distribution report (2011-12).
Mortgage data supplied by oxygen.com.au based on 80% LVR Principal & Interest loans over 30 years at today’s discounted standard variable mortgage rate of 4.75%.
Mortgage stress is widely recognised as using more than 30% of gross household income on housing costs.