There’s every sign that the Sydney Market may just slow down next year. It’s had a fantastic run over the last 12 months.

This is on the back of some data released by Domain Group.

Kevin: There’s every sign that it may slow down next year?

Andrew: Well certainly, Kevin, that very strong price described that the Sydney markets recorded over the past 12 to 18 months is not sustainable.

Prices in Sydney grew by over 15% over the 2013 and 2014 financial year. That’s the highest rate of growth Sydney has recorded for nearly a decade since a very strong 2002 and 2003 boom period. It clearly can’t be sustained.

The economy, although quite steady in Sydney, really isn’t the type of economy that continues to push house prices up. Of course, the low interest rates have been the key driver of improved affordability.

Once prices start to grow, investors get very interested in the market and we’ve seen better than 50% of the market in Sydney at the moment being driven by investors.

Even though the market’s due to track back over the next 12 months, it will still be the best performer I believe of all the capital Sydney markets.

Although, it won’t record that 15% plus growth over a year. I think it will be around about half of that. Around 7% to 8%, which is still pretty good news for investors and homeowners, as well.

There’s still a lot of energy, a lot of enthusiasm, and a lot of confidence in that Sydney market at the moment. It certainly will be looking forward to quite a robust spring market to end out the year.

Kevin: I would imagine that affordability is going to play a big part in maybe pulling those increases and prices back as well, Andrew?

Andrew: Absolutely, Kevin, and that’s the key ingredient at the moment. The capacity to keep pushing prices up at those boom time levels is just not there in the economy.

Unemployment is still uncomfortably high. The Reserve Bank has signaled that it’s a little concerned about where unemployment is at the moment, generally.

We may even get an interest rate cut before the end of the year. Probably an outside chance, but those economies, state economies need to pick up a bit.

But generally housing markets are still pretty active and Sydney is leading the pack, and a lot of that is investors in that market.

Kevin: Is there still a lot of discounting taking place in the Sydney and Melbourne markets, in terms of list price to sell price? Are seller expectations is still very high, Andrew?

Andrew: They are, Kevin. And one of the interesting things that we’ve seen is actually a resurgence in auction clearance rates over August.

In fact, Sydney had a record August for auction listings and auction sales for the month of August. Melbourne had a very strong August, as well.

There’s been a resurgence in activity after that mid-winter period looked to be softening a little bit in housing markets in Melbourne and Sydney.

Clearance rates now in the weekend up over 80% again in Sydney and trekking towards 80% in Melbourne, as well.

Plenty of competition makes buyers for properties at the moment, a little bit more mixed in Melbourne but certainly really across the spectrum in Sydney.

Spring is certainly looking like another very promising season for both buyers and sellers, really.

Kevin: Just before I let you go, a comment on the Queensland market, if I could. Gold Coast and Sunshine Coast. We’ve seen a lot of very high stock levels in those markets in recent times.

What are you seeing there, now?

Andrew: There’s no doubt that Brisbane is up and running again. A lot of the news that the middle-price and upper-price range market in Brisbane. 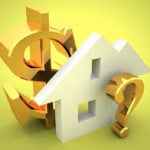 The northern suburbs in Logan are still a little quiet and that is, as you said, because you said stock levels are still high. Not a lot of competition for property there.

Listings are high compared to the buyer numbers, but that market is gradually working its way through all price sectors.

The Sunshine Coast is now around about its previous price peaks of four or five years ago, Gold Coast is catching up, too.

There’s a much healthier marketing in the Gold Coast, the Sunshine Coast, and Brisbane. I would expect that to record prices close to the Sydney market over this financial year.