Lockout laws have been in effect in Sydney’s inner suburb nightspots for more than four years. 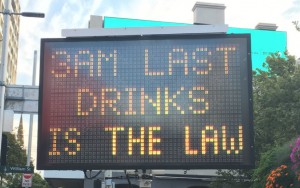 Property data since that time shows that, for the most part, property prices in the suburbs affected by lockout laws — including Darlinghurst, The Rocks and Haymarket, among others — continue to increase.

Similarly, research shows that while rental prices indicated a small decline after the laws came into effect, they have since recovered and exceeded other comparable areas in Sydney.

Will the long-term effects of the new laws impact the lifestyle and culture of these neighbourhoods?

Will they eventually lose the colourful lifestyle that has been a drawcard for investors and tenants, only to drive property prices back down while other suburbs not affected by the laws benefit from the fallout?

In terms of the Sydney lockout laws, the biggest impacts have been in the area of alcohol-fuelled crime and violence reduction — certainly not something that would turn investors away.

A 2016 report by the Foundation for Alcohol Research and Education (FARE) showed that only four fewer businesses were trading between 5pm and 4am on Friday and Saturday nights in Kings Cross in 2015, compared with 2012.

The number of pubs, bars and clubs trading during this time fell by just three from 2012 to 2015. 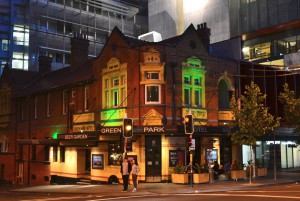 The Fare report found a reduction of about 75% in antisocial behaviour of all degrees of severity — from physical fights and verbal abuse to loud music, vomiting and vandalism — in Kings Cross between 2012 and 2015.

Nightlife is still alive and well in Kings Cross and its surrounding areas and alcohol-fuelled violence and the antisocial behaviour attached to binge drinking has been reduced, which is showing to have a positive influence on residents’ lifestyles and small business prospects in these popular areas.

As an investor, when looking at the Sydney property market, consideration should be given to the type of tenants you might be looking for and whether the lockout laws may deter, or even attract, them from/to your property.

Four years into the lockout laws, it would certainly seem that there has been minimal impact to the area’s cultural vibrancy and property prices remain strong.

'Sydney’s lockout laws and property prices' have no comments