The ‘imminent recession’ crowd seem to have finally accepted that they backed the wrong horse, after all these years.

These days more time seems to be spent campaigning against immigration if my social media is capturing the zeitgeist representatively.

For five years Australia has been grappling hard against its resources investment downturn, but this has now finished, leaving the economy free to grow at about 3 per cent without the drag.

The Reserve Bank of Australia (RBA) put out a bulletin this month which showed why immigration can be so helpful to advanced economies.
As also reported by the Productivity Commission and in the Intergenerational Report, a well-targeted immigration programme can bring in young workers, slowing the ageing of the population, accelerating economic growth (in both absolute and per capita terms), raising the participation rate, and increasing the tax take.
“Australia has one of the youngest populations among advanced economies. Its relatively high net migration rate has helped offset the ageing of the native-born population” noted the RBA.

Source: Reserve Bank of Australia
Projections show how Australia can increase its participation rate by fully 6 percentage points to above 70 per cent by 2040, compared to a terrible decline in the ‘ageing only’ scenario.
Better still, while some countries such as China, Japan, Korea, and others are expected to see their median age soar alarmingly, Australia can keep its median age amongst the very lowest of the world’s major economies. 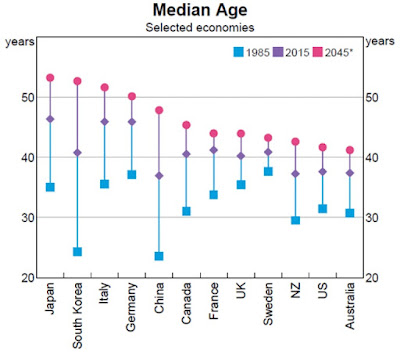 Based on these projections, if you’re waiting for a government to willingly implement a low immigration scenario, you could be waiting for a very long time.

The length of time it takes to find a job is now beginning to decline again, though it still has a long way to fall to get back to anything like the levels seen before the financial crisis and during the heady mining boom years. 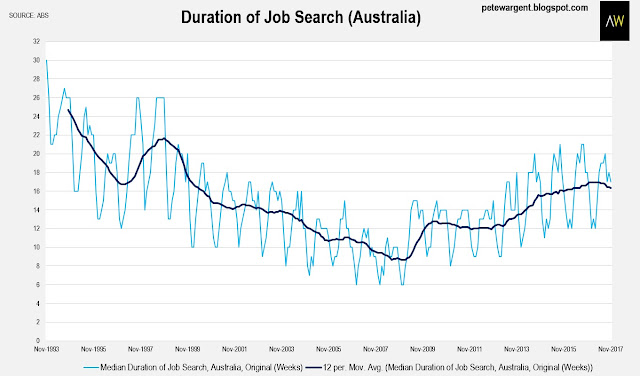 By and large, the labour market works and adjusts it should, with migration flowing to the strongest state and city economies, both from overseas and internally.
Sydney and Melbourne are the cities where the job search process is the shortest on average, and it’s no surprise therefore that these two cities attract by far the most migrants, at least for now. 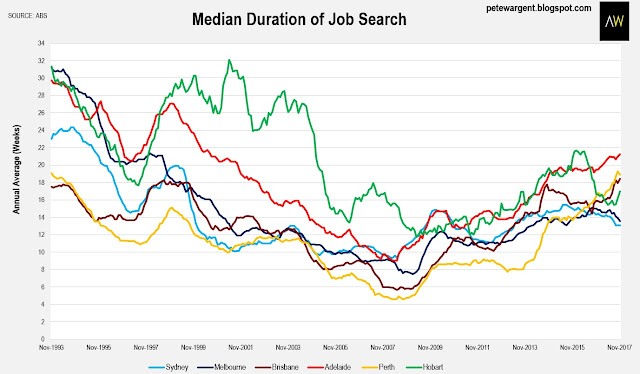 In Sydney we could see the lowest unemployment rate on record next year if present trends persist. 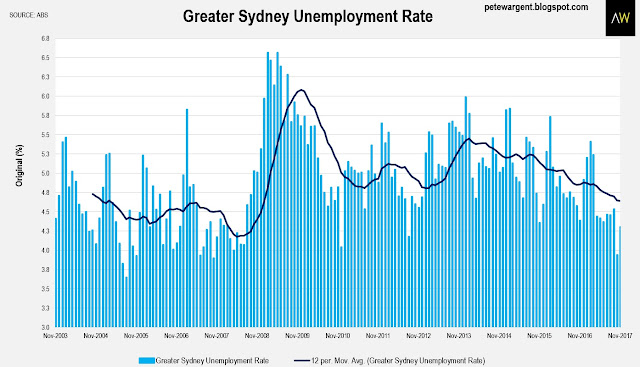 One of Australia’s most enduring commodities has been that it’s an attractive place to live, study, and work.