All that time sitting in Sydney’s traffic is costing its workers nearly 6% of their salary. 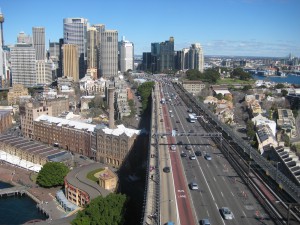 A study last year by Global Positioning Specialists (GPS)  investigated how many hours are lost from frustratingly sitting in traffic during the morning commute in 108 cities around the world.

GPS coupled this data with the average salaries in each city to calculate earnings lost for workers operating on hourly contracts.

Sydney workers will be disgruntled to learn that the Habour City ranked 1st in Australia and 17th worldwide, where traffic costs commuters up to 5.9% of their yearly income, totaling $3,308.

Sydney was the only Australian city to make the top 20 list, with worse congestion than many European cities including Paris, Milan and Sao Paulo.

Workers in Sydney lost 3 working weeks’ stuck in traffic in 2015.

This is more than double the time lost to traffic in Adelaide (1.3 weeks).

Melbourne and Brisbane placed among the top 50 worst cities for earnings lost to morning peak congestion, sitting in 44th and 49th position respectively.

Perth narrowly missed out placing within the top 50, sitting at 55th position and Adelaide ranked in at 78th

With our population continuing to grow at a steady pace and infrastructure changes unlikely to keep up, this underscores the importance for investors of choosing properties close to the CBD and especially close to public transport, as owners and tenants will keep paying a premium for these types of properties, considering the alternative – sitting in the traffic.

That’s what the Sydney team at Metropole have been buying for our clients for over a  decade – why not have a chat with us about what’s going on in the Sydney property market – just click here and we’ll be in touch.

Here’s what’s happening around the world: 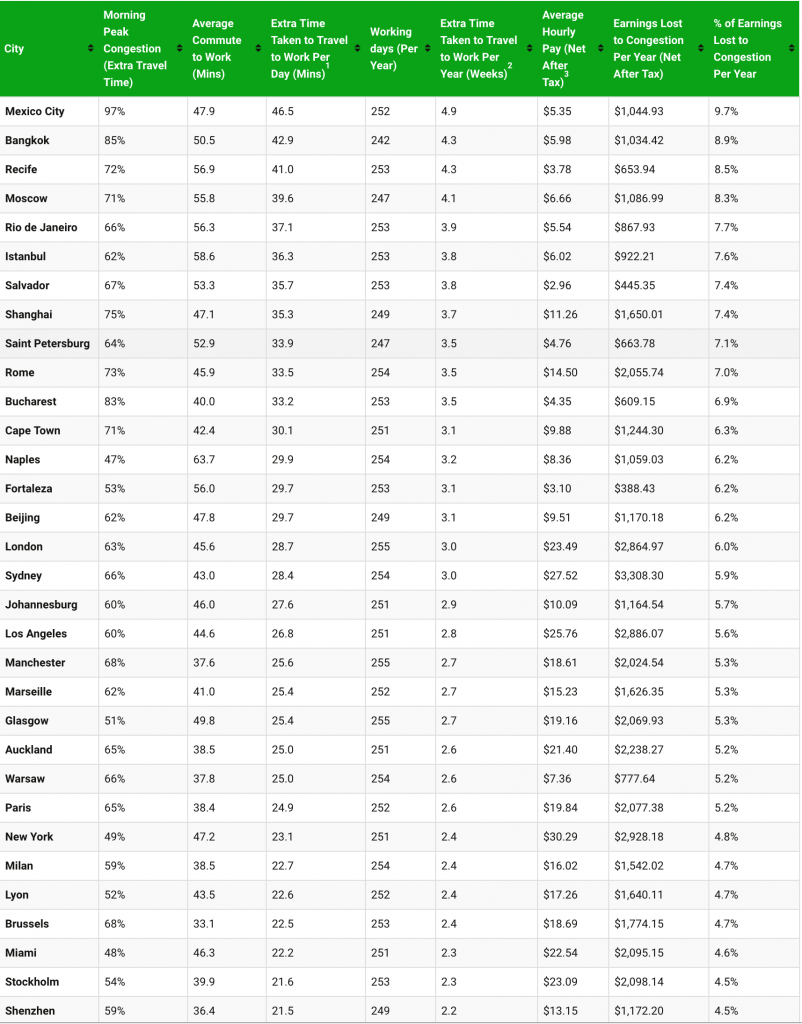