The latest data from My Housing Market reveals that the median price for published Sydney unit auctions increased by 3.2 percent over the March quarter compared to the same period last year.

Sydney recorded a median auction price for units of $930,000 over the first three months of this year compared to a median of $901,000 recorded over the March quarter a year ago.

March quarter published auctions clearance rates for Sydney units have however predictably weakened over the past year – falling from a remarkable 85.3 percent to a more balanced 66.5 percent.

The Sydney unit market continues to outperform the house market with the median published auction price recorded for houses over the March quarter falling over the year by 2.4 per cent to $1,435,000.

The house clearance rate was down sharply over the year falling from 83.9 percent to 62.7 per cent. Sydney’s south and city and east regions have recorded the strongest auction price growth for units over the past year up by 12.9 per cent to $812,000 and 11.2 per cent to $1,090,000 respectively over the March quarter. 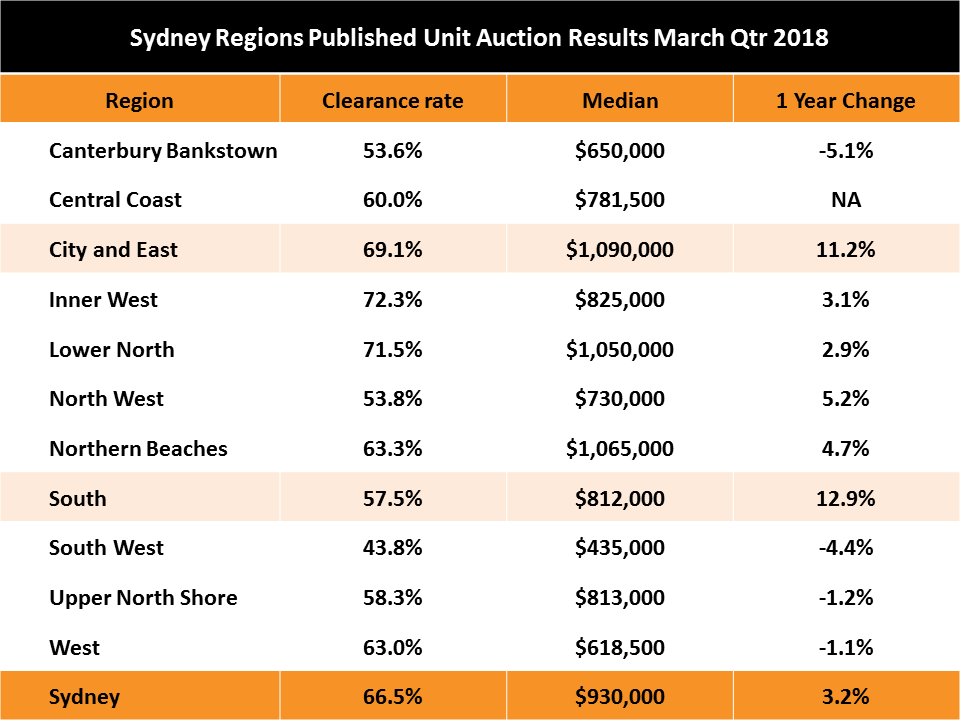