Employment moves up a gear

The bulk of employment growth has continued to be part time in nature, however, reflective of significant slack in the labour force. 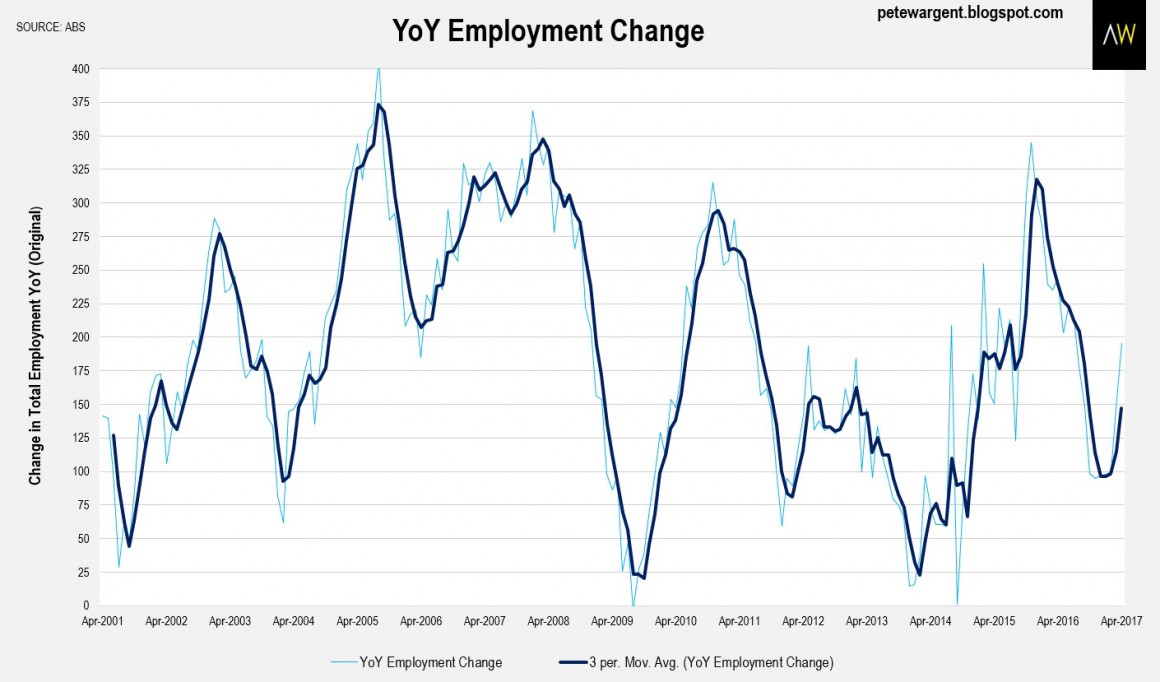 I’ve written previously of how full employment can be both a cause and effect of real estate booms – a positive feedback loop as employment, population growth, and construction

output increase – which can eventually result in spectacular blow-offs in property prices.

I cited the examples of Darwin and Perth in the early phases of the mining boom.

Constructive criticism of my piece argued that easy credit is a bigger factor in creating property bubbles, but this alone can’t explain why Perth residential prices increased by 104 per cent between September 2003 and December 2006, while Sydney’s median prices simultaneously fell 3 per cent.

Similar lending practices were in operation in both cities at that time, after all.

The below chart presents a clue – Western Australia was in the midst of a resources employment boom with the unemployment rate falling to below 3.5 per cent.

Darwin followed a little later, with its unemployment rate falling to below 3.5 per cent in 2006-7, and both cities saw huge increases in dwelling prices.

In this context it was interesting to note in yesterday’s Detailed Labour Force figures that Greater Sydney’s unemployment rate fell to just 4.4 per cent. Construction has been a key driver of the economic boom in Sydney, with the number of new home completions breaking the record set in 1971 this year.

35,871 new homes were completed in the Greater Sydney area over the year to February, eclipsing the previous 12-month record of 35,687, set more than 40 years ago.

Approvals have also hit historic highs across the state of New South Wales, with 74,217 approvals over the year to March 2017, more than doubling the levels seen in 2011.

Despite this, I don’t believe Sydney is at full employment levels yet.

If anything the labour market seems to have tailed off a bit lately following a spectacular performance in 2016, and part of the low unemployment rate story may be accounted for by disenchanted homebuyers moving interstate (and some retirees opting to relocate to less costly pastures). 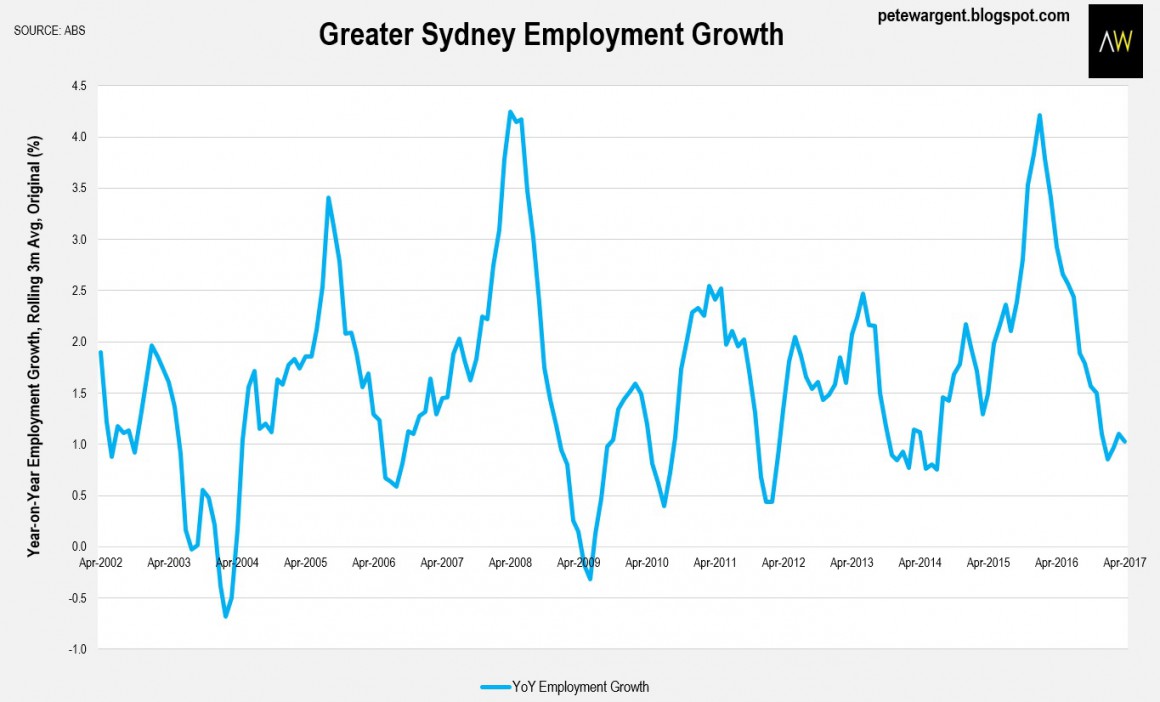 The best performing labour market over the year to April was Greater Melbourne, by a wide margin.

The search for gainful employment

One of the possible reasons that more people aren’t migrating interstate as much as they once did is the middling state of conditions in the economy.

The median duration of job search has deteriorated from 13 weeks to 15 weeks over the four years since April 2013. 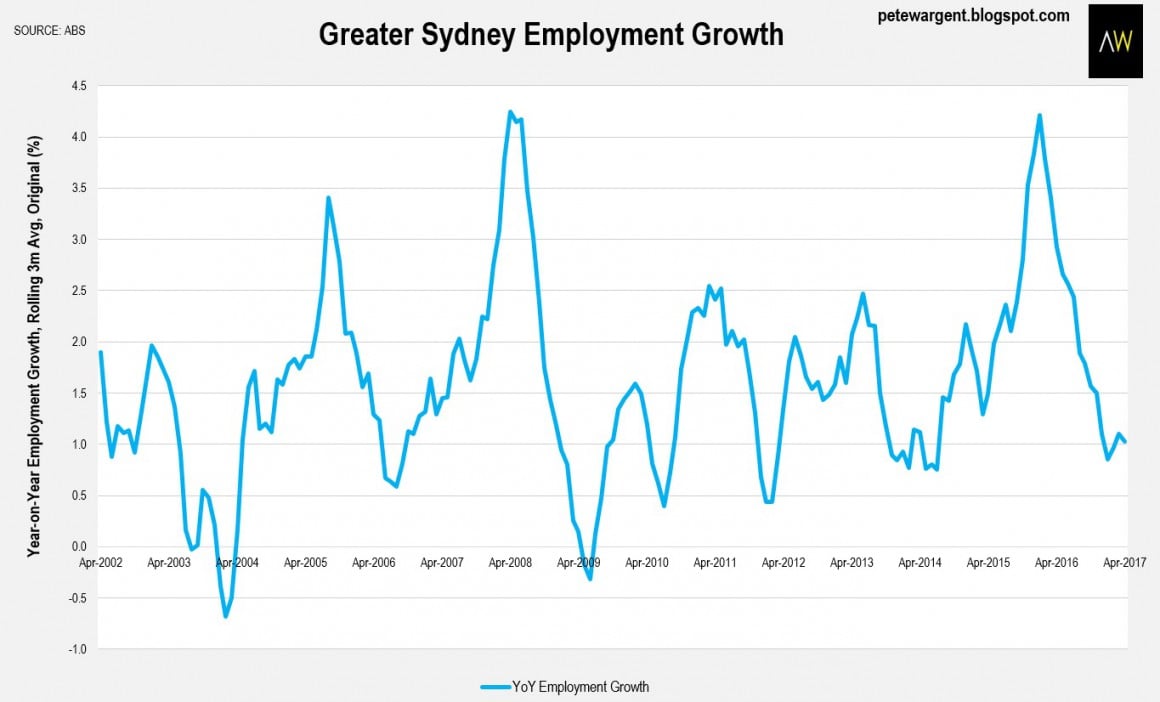 The city in which it takes longest to find work is Adelaide at more than 20 weeks on average, which has resulted in pedestrian population growth in South Australia, while Perth has been heading in a similar direction. 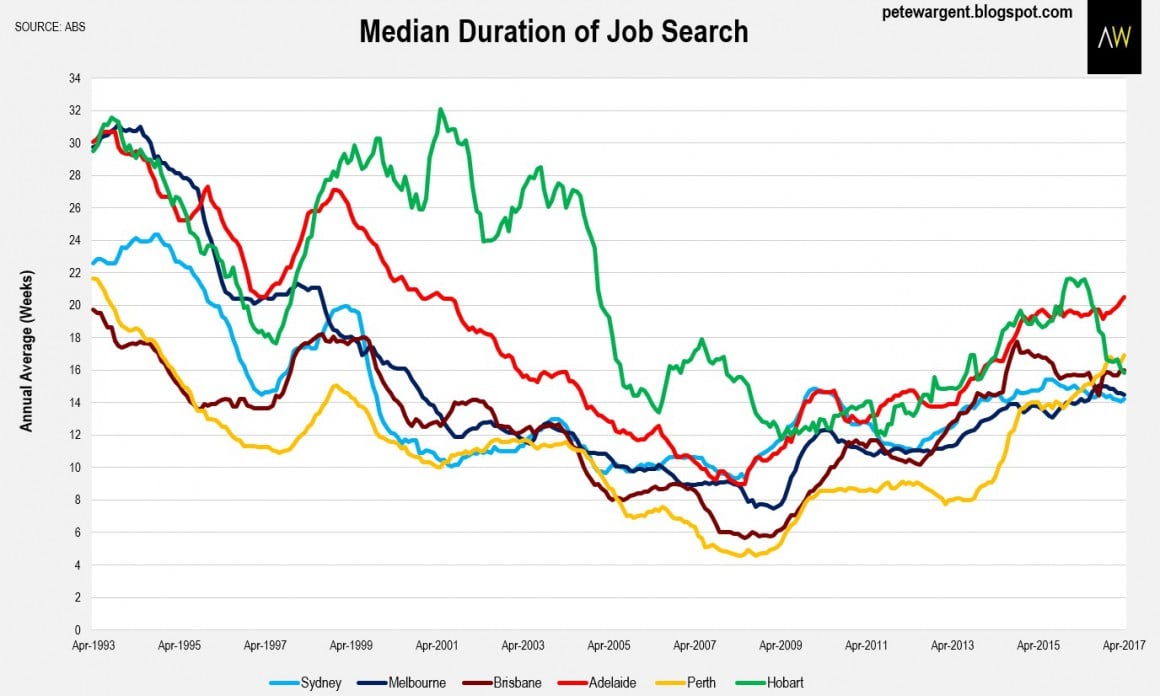 There is some brighter news around the traps. I often look at the Townsville region as a useful bellwether for regional Australia, and Queensland in particular.

Having fallen away sharply since the peak of the resources boom, total employment is now trending moderately higher again after some high-profile industry closures. 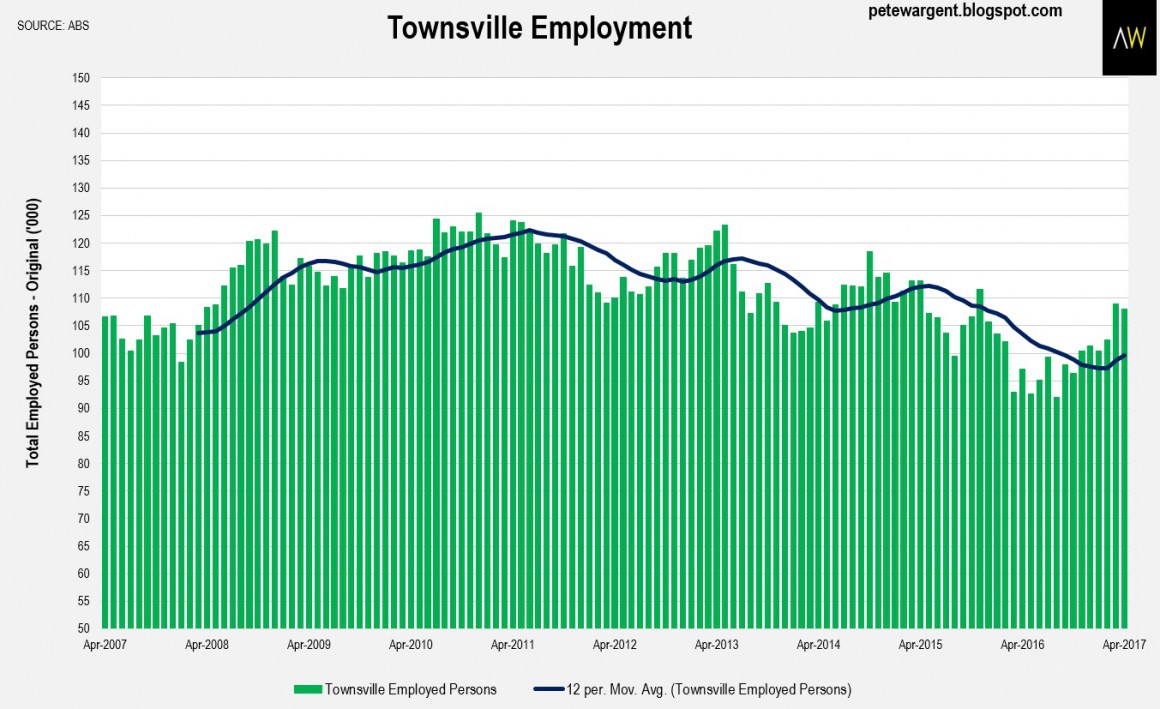 Indeed, there has been a spate of brighter news and planned projects reported for the region, and the unemployment rate has begun to trend down, having soared from around 4 per cent in 2012 to double digit levels.

Whether or not the controversial $22 billion Adani coalmine ultimately attracts a tick of approval could potentially be earth-shaking news for the region, with the project expected to be headquartered in Townsville.

Total mining employment declined by 22 per cent between May 2012 and August 2016 in Australia, but has recovered a little over recent quarters.

'Sydney unemployment rate falls to 4.4%' have no comments