Most Australian capital city housing markets finished the year on the front foot, recording their best results of the year over the December quarter.

Quarterly price data, although usually a solid reflection of market dynamics, can however be influenced by volatile, shorter-term factors.

This volatility can act to mask the underlying, longer-term nature of the price cycle that is of particular concern not only to buyers, sellers and investors – but also to policymakers that require robust assessments of the essential nature of housing markets. 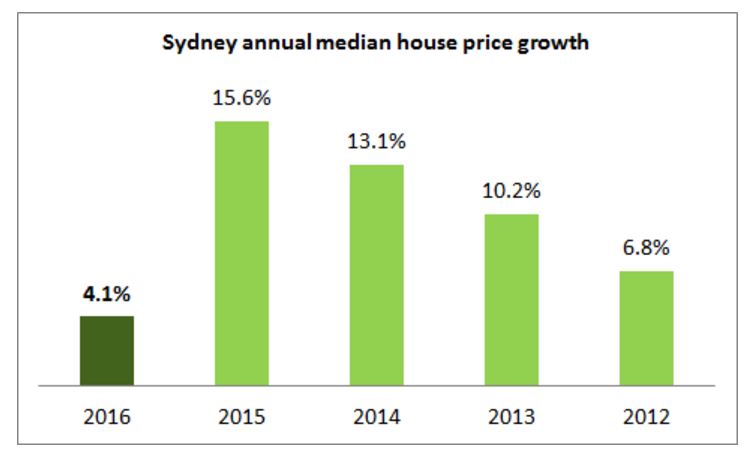 A closer look at the data reveals that the annual quarterly comparison result has clearly exaggerated the underlying nature of prices growth in Sydney.

This was a result of the extreme diverse nature of the price growth outcomes of each quarter.

The Sydney median house price increased strongly by 4.7 per cent over the December quarter 2016 fuelled by interest rate cuts the previous August and surging investor activity.

The December result was the highest growth rate since the record-high result of 8.4 per cent reported over June 2015.

By contrast, house prices over the previous 2015 December quarter fell sharply by 3.0 per cent dampened by increases in mortgage rates reflecting changes to financial regulations that weakened buyer demand and facilitated a collapse in investor activity.

The December 2015 result was also the sharpest quarterly decline in house prices recorded in the Domain series dating back to 1993.

A more robust indication of the underlying nature of prices growth can be revealed by measuring and comparing the full year median house price which smooth’s out the volatile influences that can result in misleading quarterly results. 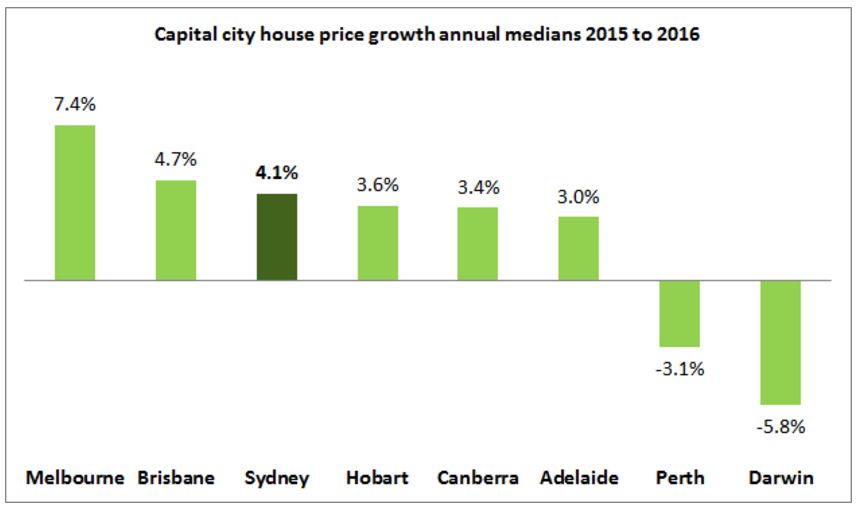 The 2016 Sydney median house price increased by just 4.1 percent compared to the 2015 median.

This was significantly lower than the 15.6 percent increase recorded over the previous year and clearly the lowest annual growth result since 2011.

Sydney’s 2016 growth rate was similar to those reported by most other capital city results but remained well below the top performer Melbourne which increased by 7.4 per cent and well ahead of Perth and Darwin that recorded annual falls of 3.1 per cent and 5.8 percent respectively.

Sydney’s annual house price growth is set to continue to remain benign this year despite the prospect of more cuts to official interest rates if the economy fails to improve.

Although price growth will nonetheless remain positive as the fundamental local supply and demand drivers remain strong, the days of annual double figure median house price increases are now over.

And predications of booming house prices over 2017 will be wrong – just as they were last year.