Sydney’s weekend auction market has commenced the new financial year with yet another decline in the weekend clearance rate.

The 72.7 percent recorded was the lowest result for over a year with the trend clearly on the wane as the mid-winter chill arrives.

This weekend’s result was well below the 77.5 percent recorded over the same weekend last year and is the third consecutive weekend of falls.

With the advent of school holidays just 437 auctions were conducted at the weekend in Sydney which was well down on last weekend’s 596 but still significantly higher than the 289 conducted over the same weekend a year ago.

Auction numbers will continue to fall over the coming weekends but are set to remain at near record levels for this time of the year and certainly higher than last year’s July numbers. 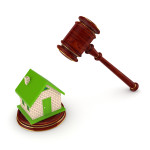 The most expensive property reported sold at auction…

The most affordable property reported sold at the weekend..

was a 3 bedroom home at 20 White Swan Avenue Blue Haven sold for $320,000 by Raine and Horne Charmhaven.

Low interest rates will keep the auction market ticking over during winter and into spring although weekend clearance rates will continue to track lower than last year’s rates at the same time that climbed over the 80 per percent mark.

This week the Reserve Bank predictably left rates on hold for the 10th consecutive month – the longest period of stable rates in over 8 years – and with no likelihood of a change for the foreseeable future.

Low interest rates also unsurprisingly continue to stimulate home building particularly unit development in Sydney. Latest ABS data unsurprisingly reported a surge in approvals over May following the holiday interrupted April results. The number of houses approved for building in Sydney has increased by 878 or 28 percent over the first five months of this year compared to the same period last year.

Unit approvals in Sydney have increased at a higher rate – up by 2275 or 30 percent this year.