The national unit price also increased over the spring quarter rising by 3.2 percent to $550,150.

The national house price is now 6.1 percent higher than that recorded over spring 2015 with the national unit price increasing by 4.2 percent over the past year. 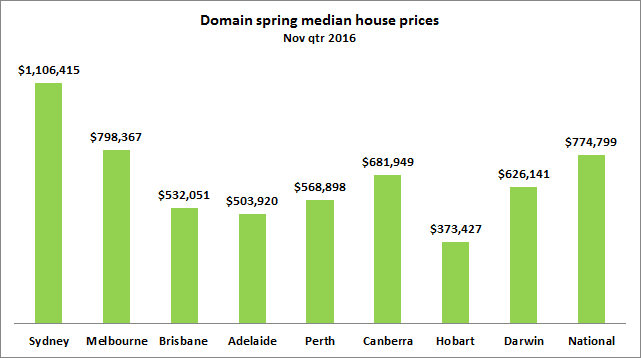 All capitals reported increases in house prices over the spring quarter with the exception of the subdued Perth market where prices fell by 0.5 percent and Darwin where the median house price was steady.

The Melbourne and Sydney markets continue to produce strong results with the Sydney median increasing by 4.9 percent over spring to a new record high $1,106,415 – an increase of 7.4 percent over the past year. 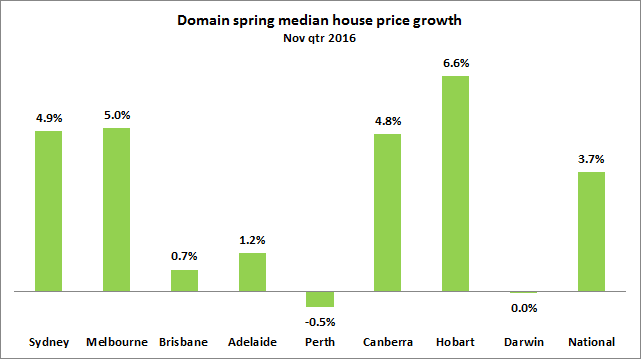 Melbourne also recorded a sharp increase in house prices over spring with the median increasing by 5.0 percent to a new record $798,367.

Melbourne house prices have now risen by 9.8 percent over the past year – the strongest annual growth of all the capitals.

By contrast Brisbane and Perth unit prices continue to fall – down by 1.7 percent and 2.6 percent respectively. 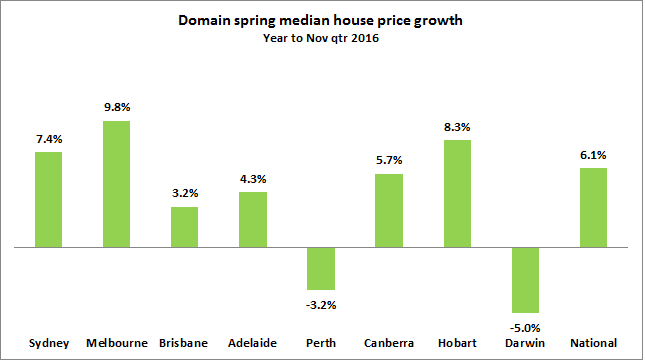 Australia’s capital city housing markets have generally continued to report robust selling conditions through spring with prices on the rise.

Although signs are increasing of subdued and weakening economic activity, the prospect for housing markets and prices growth – particularly in Sydney and Melbourne – remain positive for 2017.