Debate swirls around the strengths and weaknesses of Australia’s superannuation system.

But there is one aspect where change should not be countenanced: its compulsory nature, writes..

There are many subtleties and nuances to be discussed concerning which occupational retirement system is better in areas as diverse as member engagement, corporate governance, and the best way for individuals to spend-down their funds in retirement.

One thing, however, is clear: the compulsory super scheme in Australia is clearly superior to the voluntary 401(k) scheme utilised by the United States.

As a result, whereas the American retirement system is in full-out crisis mode, the Australian super scheme is comparatively tranquil and well set up to continue to mature as the overall Australian population ages throughout the 21st century.

To share just a few of the more galling statistics from the world of voluntary American 401(k) retirement plans: 48% of current US workers between the ages of 50 and 64 are on track to being poor when they reach retirement; the aggregate national retirement deficit number is currently estimated to be $4.13 trillion for all US households where the head of the household is between 25 and 64, and, on average, a typical working family in the anteroom of retirement — headed by somebody 55 to 64 years old — has only about $104,000 in retirement savings, according to the US Federal Reserve’s Survey of Consumer Finances.

Most retirement experts agree that people need to replace somewhere between 60%-  70% of income in retirement to live comfortably.

Needless to say, the vast majority of Americans are not even close to meeting this standard.

How did the retirement situation become so out-of-whack in the United States?

Quite simply, US employers do not have to sponsor workplace retirement schemes, and US employees are not compelled to participate in such schemes even if their employer offers one.

The US voluntary workplace retirement system has led to only about 40% of the working population participating in such plans.

There is a common misperception that many people hold in both the US and Australia: the more choice that individuals have in matters of finance, the better.

Although I normally subscribe to that maxim, in the world of retirement savings, I do not.

Wealthier individuals, with financial savvy, tend to understand what others do not: that a dollar put away today is equivalent to much more money when that person retires.

We call this the “time value of money.”

Unfortunately, most people do not save voluntarily for retirement, especially in their 20s, 30s, and 40s.

Younger individuals have other pressing concerns to consider:

When you add in the natural tendencies of individuals to procrastinate, avoid complex financial decisions, and overestimate their ability to save for the future, you end up where the United States is today: the average person from age 22-48 has less than $50,000 put away in savings. 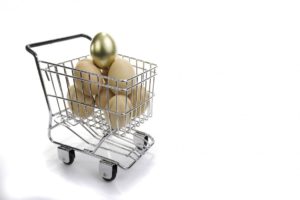 Super funds, as institutional investors, place a large portion of that money back into the Australian economy through the purchase of Australian equities, infrastructure, and bonds.

The purchasing power of all working Australians is multiplied by being able to place their money in investment vehicles that are not generally available to low and middle-income workers on an individual basis.

So, given the same amount of money in a lump sum, super funds are significantly better able to save and invest that money in diversified, low-cost ways that translate into better retirement outcomes for more Australians.

My sincere hope is that the United States chooses to emulate this aspect of the Australian super system.

Paul Secunda is Senior Fulbright Scholar in Law (Labour and Super) at University of Melbourne This article was originally published on The Conversation. Read the original article.

'Our super system isn’t perfect – but for a failure, look to the U.S.A' have no comments