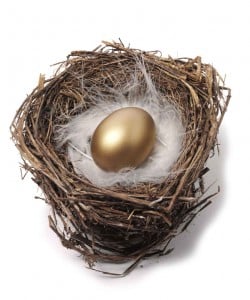 The superannuation change that had the most impact was reducing the concessional contributions cap of $30,000 for those under 49 and $35,000 for those aged 49 and over to $25,000 for everyone.

The aim of this change was to discourage high income workers from contributing large amounts of pre-tax dollars into superannuation.

The reason for this was that the median income of males adversely affected by the policy was $230,000, whereas the median age of women was $113,000.

The reduction in the cap is intended to reduce the incentives for high income people contributing to super, and this is a good policy.

Most of the people affected were earning over $220,000 a year, and using the concessional contributions cap as a form of tax free saving.

However, in many policies, there are “unintended consequences”, and looking at the impact of the policy on particular age groups, and for men and women, can highlight important differences in the impacts.

What this analysis shows is that there is an unintended consequence of this policy on women aged 50-64, who are probably contributing at this age group because broken careers, part-time work and family duties when aged 30-49 mean their superannuation contributions were low.

This is an age when they are playing catch-up with their superannuation, to be able to fund their retirement.

Some of this effect may be reduced by the policy of being able to accrue the difference between the limit and the actual concessional contributions over five years on a rolling basis, but once a woman aged 50-64 is able to take advantage of this, their low contributions phase will probably be over.

This continues to encourage those with enough income to have some spare money to put into concessional superannuation to do this, but caps those with very high incomes putting large amounts into superannuation.

Our superannuation policy needs to encourage those in their life stage where they can afford to put more into super to do this, but at the same time discourage high income earners using the system for tax breaks.

An income cut off would do this, and would mean that women who have had lower contributions earlier in their careers when establishing families would be able to make up these contributions when they have a reasonable income and their family has grown up.

What this analysis has also shown is the importance of looking at the impacts of policy on different groups.

The tax/transfer system is a complex system, and any change may have unintended consequences on different groups.

This research highlighted a policy designed to have an impact on the very rich had an impact on women who, while they were reasonably well off, were also trying to do the right thing by bumping up their super contributions.

There are some limitations to this modelling.

One is that we have not been able to model all the superannuation policies announced in the budget.

The main one we have not been able to model is the lifetime cap, as we have no information on lifetime contributions in our model.

We have also not been able to model the accrual of the cap over a 5 year rolling basis, and the main reason for this is that our model does not have the capacity to consider five year time-frames – we use data for one year.

The final limitation is that the groups affected have very high incomes, so minor changes in parameters used to inflate income and assumptions on salary sacrifice can have a large impact on the result.

The income inflators we have used in the model are from the ABS and Treasury. 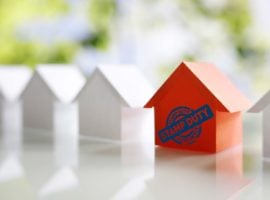 The Needle in a Haystack House: CASE STUDY