Independent Senator Nick Xenophon is pushing for first homebuyers to get access to their super and use it as a deposit. How might this help them achieve their dreams faster?

First homebuyers might soon be able to use their superannuation as part of a deposit on a property, as we reported last week.

The proposal would allow first homebuyers to access $25,000 of their super.

It’s easy to see why there are a lot of positives for this idea.

Can you remember how hard it was saving for that first home? 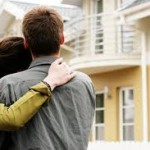 It took years to build a 20 per cent deposit while also paying rent and paying a HECS or uni debt. So having access to $25,000, for those who have that much in super, would be instant and perhaps put someone on the property ladder much faster.

So perhaps that boost today is worth more than the cash amount down the track (although it would obviously be compounded in a super fund).

It’s a bit like looking back to when your parents paid $40,000 for their house.

These days, you probably need at least that amount, just for a deposit alone.

It’s no surprise to see some banks have spoken about this proposed scheme and they’ve backed it – as it would create more loans and therefore profit for them. And buying a home now is so much harder than it was when I first purchased a property just five years ago.

Between 2009 and now, interest rates are at an all-time low, which has enticed thousands of investors to enter the market again.

Add in self-managed super funds and also foreign buyers, and suddenly it’s easy to see why first homebuyers are having such a hard time ‘getting in’ to the market.

In fact, despite the ‘crash’ post GFC, prices are now higher than ever in some parts of the country.

First homebuyers simply can’t compete with cashed-up investors who have mountains of equity, and overseas buyers who see the Australian market as relatively affordable in comparison to the dizzying prices of places like Hong Kong.

It’s also easy to argue that prices in capital cities continue to increase, especially in Sydney.

If we take Sydney for example, prices have increased by 15 to 20 per cent over the past 12 months alone and so those who waited to enter the market might now be finding they’re paying much more.

The other thing I like about using super for part of a deposit on a first home is that you’re the one in control – you get to choose exactly where that money goes.

Having access to that money would probably make a tangible difference in a first homebuyer’s life and perhaps also lead them to forced savings (or forced mortgage repayments, which can be viewed as the same thing).

We all remember how hard it was to save $25,000 when we tried to buy our first home.

So why not give first homebuyers that instant access to cash right now?

By the time they retire, they’ll probably have been through about three property cycles and could potentially sell their principal of place of residence without having to pay capital gains tax.

Hopefully by then, a first homebuyer would have paid off their mortgage. And using that cash, they could probably downsize and live off the leftover money.

What do you think? Is using super to buy a first property a good idea?

We would love to hear your thoughts!

Please leave your comments below…