For Melbourne drivers who comfort themselves with the thought that traffic congestion is worse in Sydney, sorry but new analysis shows overall delays are similar, but some commutes are especially bad, writes… 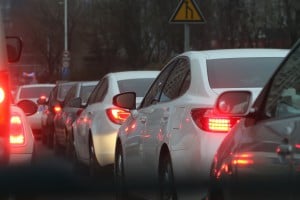 Crawling along in low gear, Melbourne drivers often comfort themselves with the thought that at least they’re not in Sydney, where “everyone knows” traffic delays are longer and even more frustrating. Sorry, Melburnians, but you’re kidding yourselves.

New analysis for a forthcoming report by the Grattan Institute debunks several myths about traffic congestion in Australia’s biggest cities – including the conventional wisdom that Sydney-siders are doing it tougher.

Sydney may have 340,000 more people and an enormous harbour constricting movements from one part of the city to another, but Melbourne is pretty much on a par when it comes to congestion.

Chart 1 shows the delay that an average CBD commuter endures in Sydney and Melbourne, compared to how long it would take to do the trip in the early hours of the morning when the only constraints are traffic lights and speed limits.

In the morning peak, an average Melbourne CBD commuting trip takes close to 70% longer than it would in the middle of the night.

The 11-kilometre trip from Brighton takes an extra 13 minutes, and the 30km trip from Caroline Springs an extra 20 minutes.

The average morning commute to the CBD takes 50-60% longer than it would in the middle of the night.

It doesn’t take quite as long to get home from the city. In the afternoon peak, an average trip takes up to 60% longer than it would in the middle of the night.

But it’s harder to avoid the delay: peak “hour” is much longer in the evening than in the morning.

We found these patterns by analysing Google Maps estimates of travel times for more than 300 routes across Sydney and Melbourne.

The data include 25 travel-time estimates every day for several months.

This includes commutes to the CBD and other employment centres, important freight routes, shorter trips within the inner, middle and outer rings, and cross-city trips.

So which drivers have the worst run?

Here’s a finding that might surprise drivers who have to crawl over the West Gate Bridge to get to and from work: the worst place to commute to Melbourne’s CBD is not from the rapidly growing western suburbs, but from the northeastern suburbs. 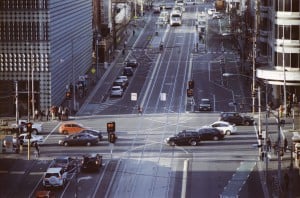 That probably won’t surprise you if your commute includes the Eastern Freeway.

Chart 2 shows the typical delay for commuters coming to Melbourne’s CBD from the southeast, northeast, north, south and west.

The northeast is the stand-out worst performer, as those who live in Doncaster, Heidelberg and beyond know all too well.

Sydney does not have a single region where residents can so clearly expect bad city commutes.

That doesn’t mean there’s no congestion. And neither does it mean that it’s just people going to the CBD who are caught up in the commuting tangle.

It’s also all the freight vehicles, tradespeople, students going to school or uni, people going to appointments in business hours, and others going elsewhere but still caught up in the snarl of traffic.

Chart 3 shows a selection of trips that don’t include the Sydney CBD but do have delays, with the size of delay depending on the direction of the trip. 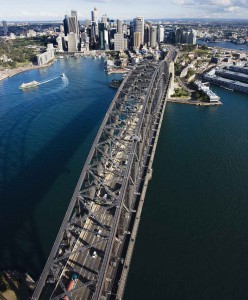 One-quarter of Sydney commuters and 18% of Melbourne commuters use public transport, and these figures are much higher for commuters to the CBD.

Nonetheless, around eight of every ten kilometres of travel by Sydney and Melbourne residents is by car.

What happens on our roads affects the daily lives of most city dwellers, as well as the social and economic rhythms of the city.

The Grattan Institute will publish a fuller analysis of congestion in coming months, to help governments make the best use of our transport networks – and reduce your time on the road.

'Stuck in traffic: busting Melbourne versus Sydney myths and identifying the worst commutes' have no comments