Stamp duty is one of those conversations that comes up all the time when we talk about affordability, and the different regimes for stamp duty around Australia are really quite amazing when you do look into it.

Recently, the president of the Real Estate Institute in New South Wales, John Cunningham, made the statement that he believes Stamp duty should be abolished around Australia.

It’s probably not going to happen, but I’m interested to get your view on that, he discussed he’s view in a recent Real Estate Talk show .

Here’s a Transcript of our conversation:

Kevin:  You’re probably a bit surprised to see just how different the stamp duty levels are around Australia state by state.

John:  It’s absolutely extraordinary, and I think one of the issues we have in Australia is that there are no level playing field on much of the legislation or taxation, particularly where it’s levied from the states. 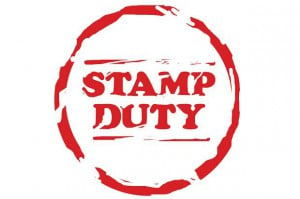 Kevin:  It’s interesting, too, to note that stamp duty is being called a wealth tax, but it’s one of those taxes that is levied against anyone, even first-home buyers.

If you’re looking for ways to make it affordable, that would be a good place to start, I would have thought.

John:  There are two measures of stamp duty that are quite critical.

Obviously, the higher you go in price – which is into the wealth area – the more tax you pay.

This is an interesting concept that a lot of people don’t realize.

In New South Wales alone, the median house price now means that you’re paying something like 4% average of the purchase price.

So if you’re going to save 20% as a first-home buyer, you’d have to stump up another close to 4% to actually secure the property.

It’s a massive inhibitor, particularly for that first-home buyer.

In New South Wales and in many states, there is only relief for new dwellings, and as you and I both know, 95% of first-home buyers actually buy established housing, so there are not a lot of advantages there.

Kevin:  Speaking about first-home buyers, it would be a great way to give them some leverage into the market if they abolish it for first-home buyers, but it raises the other question, too, of what we’re now seeing as “rentvestors” – these are people who will rent but go in and buy an investment property as their first property purchase.

I think it was Mortgage Choice said that about 36.6% of first-home buyers are actually investors, so it really makes it difficult to say, “Well, let’s abolish it just for first-home buyers” for that reason, John.

John:  That’s a really tricky one.

That’s how both of my daughters bought their first properties.

They were living at home, they bought as an investment property to move into when they could afford to do that, and I encourage that.

But then you’ve got to ask the question, “Are they first-home buyers? Are they investors?”

We’re taking probably too narrow a view on how that’s applied and, in many states if you’re buying established housing there is no relief anyway.

The whole tax debate at the moment is being looked at in so many little piecemeal sectors instead of taking a complete view, as the Henry Review did, to look at taxation as a whole.

In that Henry Review, he quite clearly stated that you cannot break these tax reforms down into little segments; you have to take an overall picture.

And at the moment, many states are talking about adding stamp duty for foreign investors, and as some states – like Victoria –that have already applied that, then you say, “Well, there’s another little piecemeal.”

Looking at the negative gearing issue, it’s another that only applies to new dwellings – another piecemeal approach instead of getting to the nitty gritty of the whole situation.

Unfortunately,  most people in the property industry are of the view that the GST was introduced to abolish these state taxes but no one has had the guts to actually implement the right GST reforms to make that happen.

It doesn’t appear that it’s politically favorable to go that way, but at the end of the day, it’s probably one of the most equitable taxes there is.

Kevin:  A property tax is only one part of that whole scheme, which is what you’re pointing out there – that taxation covers lots and lots of issues.

It’s almost like a bit of a Band-Aid; you put a Band-Aid on here, another one there, but you’re creating more layers of problems that some say have got to be unfolded.

It would take a very courageous government, I would have thought, to actually put the entire tax system on the table and pull it to bits. 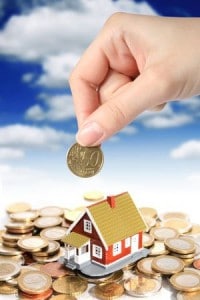 If you go back to the GST when John Hewson tried to introduce it and it was absolutely smashed by the opposition.

When it finally came in, it was only a short period of time – remember that in 2000, there was a little hiccup for about six months, “Oh, my god; the GST is here” – and then it was business as usual.

There is so much hype around this sort of reform that politicians play the game, and we’re living in an environment where when you think about the federal term of parliament being three years, they can’t get anything done.

We’re ultimately never going to get anywhere on these sort of things unless, you’re right, someone actually has the guts to do it.

Kevin:  Yes, good luck with that one.

What is the bottom line, John?

What do you think are the alternatives?

If the government said to you, “John, what should we do?”

What would you say?

John:  In our tax policy, we’ve put forward a proposal,  the reality of saying good-bye to stamp duty is just not here in this environment.

An economy is driven by activity, so in certain states, and particularly New South Wales and Victoria to a certain extent and certain parts of Brisbane, you’ve seen the clogs in the supply chain where people aren’t moving.

The cost of moving is prohibitive.

They’re reluctant to move from an area they like because they just can’t find a home they want.

That often happens right at the top end of the food chain where the retiree – the Baby Boomer now – is staying put in their home because they don’t want to pay all of that money out in stamp duty.

And then the first-home buyer has to actually find that extra 3% to 4% to buy a property. 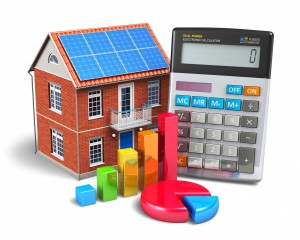 We believe that one of the solutions is to actually free up the first and the end.

If you give some concession…

And we’ve suggested one of the possibilities is to give a 50% reduction across the board to first-home buyers up to a certain level – and that might vary from state to state – and also apply the same rule to the over 65s, that they are given actually one opportunity, one purchase, where their stamp duty is reduced by 50%.

Because they don’t appear to be wanting to change the threshold, which is the worst bracket-creep example you’ve ever seen – no change in 30 years in New South Wales.

I’m not sure what it’s like in Queensland, but we’ve gone from 2% average to 4% average.

We need to actually do something, because government is so reliant upon stamp duty revenue that they are reluctant to do anything, but once you get activity, you then can make up the difference.

Kevin: Thank you for joining us today on the show, John.