Self managed superannuation funds (SMSFs) have come under criticism from regulators amid concerns that the sector is over-investing in the residential property sector.

The profession has hit back at the criticism, saying that most SMSF borrowings do not relate to residential property, and that the surge in the cost of housing is not due to SMSFs. So what is going on?

There are two separate issues at play here 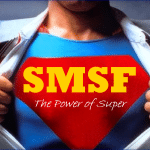 Firstly SMSFs are becoming more active investors, including in the residential property market; and..

Secondly the rules restricting borrowing by a superannuation fund have been relaxed since 2007.

The problem arises at the intersection of these two trends, where residential property is being aggressively marketed to the SMSF market on the basis that it can borrow for the purchase.

The fundamental rule of superannuation, known as the sole purpose test, is that the core purpose of a superannuation fund is to provide benefits to its members in retirement.

Risky investments are discouraged as this could compromise the ability of the fund to pay retirement benefits; and benefits to members are supposed to be deferred until retirement.

These changes were superseded in 2010 by the limited recourse borrowing provisions, which allow a superannuation fund to borrow to acquire an asset through a mechanism that ensures that the risk of borrowing is quarantined to the specific asset. 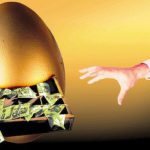 This is intended to protect the remaining assets within the fund in the event of a default by the borrower.

It is within this framework that the concern over borrowings by SMSFs has arisen but there are several trends that coalesce around this issue.

There has been a sharp rise in the number of Australians setting up SMSFs as many investors establish a self managed superannuation funds in order to manage their own investments, particularly in the wake of the GFC.

Finally, Australians have always been attracted to bricks and mortar investments, and many investors lost faith in shares as the value decreased during the GFC.

Affordability is already an issue

The residential property market is already under pressure with concerns over affordability for home buyers. Activity by investors has increased due to the combination of low interest rates and increasing property values, and SMSFs are increasingly visible among investors.

The Reserve Bank, in its recent Financial Stability Review noted that the ability to borrow for investments has resulted in an increase in property holdings.

It shows that SMSFs have a higher proportion of assets in property than other funds, although property, without differentiation between residential and commercial, still ranks fourth behind cash, Australian equities and “other” investment classes.

The Reserve Bank did not limit its concerns to bricks and mortar, but also indicated that hybrid securities were an emerging problem area.

The SMSF Professionals Association of Australia (SPAA) claims that residential property is a minor element of the total SMSF investment market as most property held by SMSFs is commercial.

At 30 June, 11.7% of SMSF investments were in commercial property compared to 3.4% in residential property, and the latest Taxation Statistics show that less than half of 1% of all property investment was geared.

Not as tax effective

SMSF trustees need to be aware that it is not always a tax effective strategy to borrow to acquire property in a SMSF.

Superannuation funds pay a concessional rate of tax, so negative gearing within a superannuation fund will often be less tax effective than if the member invested directly, outside the fund.

The income available to make the payments will be primarily from the return on the asset, with the shortfall from other income, particularly member contributions to the fund, which are subject to the contribution caps.

Borrowing may allow the SMSF to leverage up an investment in the hope of receiving a higher capital gain when the property is sold. 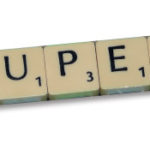 Capital gains will be exempt in a SMSF but only if the property is sold after the fund enters the pension phase, which may be many years down the track. Accordingly this is only likely to be tax effective if the member is approaching pension age.

The worrying trend identified by the Reserve Bank is the increased promotion of leveraged property purchases to SMSFs. Activity in the residential property market is also highly visible, due to the increasing number of SMSFs in the market, and many of the promoters of this strategy are not regulated by APRA.

It is this lack of supervision of this sector of the industry that is of most concern. Not only is this strategy pushing up the price of real estate, but it is exposing SMSF members to risk if property prices crash.

Helen Hodgson was a Member of the Legislative Council in Western Australia from 1997 to 2001 representing the Australian Democrats. She is not currently a member of any political party.

'Are Self Managed Super Funds inflating a property bubble?' have no comments