While our competitors wish to grab headlines by stating one month the market is falling and will slow, then the next month reporting “the strongest growth since 2007”, we on the other hand, have been very consistent and accurate on our market observations.

It is clear for all to see that the market remains strong on the east coast of Australia, however the mining exposed cities are by and large, having a downturn that will likely persist for some time yet.

The number of Australian residential property listings increased during August, perking up after a substantial dip in listings during July.

Of particular growing importance, is the narrowing difference in the yearly decrease of stock on market, where an ongoing trend has now become evident.

Indeed we are not seeing the large drop in stock levels year on year, as we were at approximately this time last year, when the market (east coast predominantly) initially began to boom.

With the amount of stock steadying year on year, SQM Research believes there is no further acceleration in market momentum beyond what is already in existence.

However it should be noted August’s monthly rise in listings for sale, is most likely due to seasonality, with the spring selling season approaching.

Further to this, SQM Research’s Asking Prices Index has revealed the only capital city to record monthly increases in vendor sentiment on both houses and units was Melbourne, with the remainder of the capital cities recording mixed results. 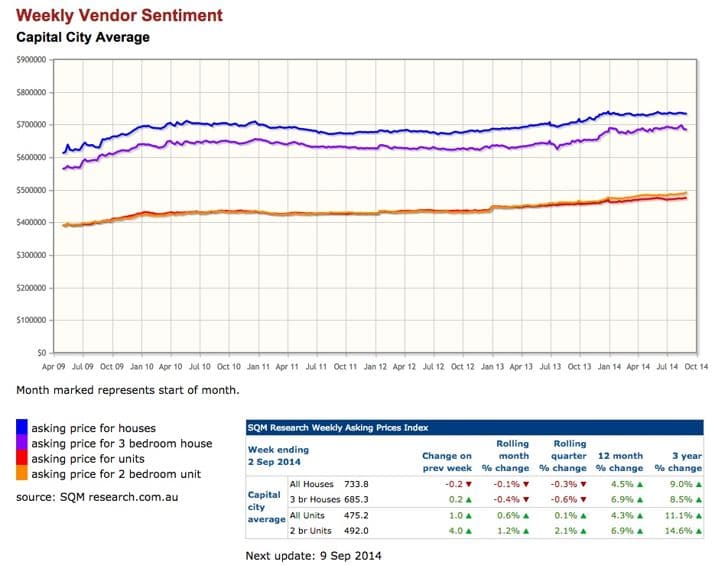