Pressure is mounting in the Australian home loan market, following the most dramatic slide in average loan sizes since 2000. 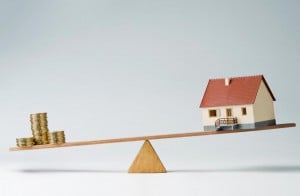 Finder.com.au analysis of data from the Australian Bureau of Statistics shows the size of home loans are falling across the country, with the national average home loan size now sitting at $357,200.

This equates to a slide of 4.08% in February 2016 compared to the previous month.

It is also the first time the average loan size has dropped by more than 1% in three consecutive months. 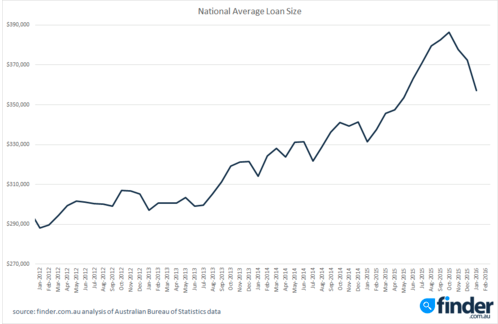 South Australia was the only state to experience an increase in home loan sizes, with an uplift of 0.62% in February.

The sharpest decline was in New South Wales, where the average home loan size dropped by 5.75% in February.

On this three-month timescale, home loan sizes are down in every state in Australia. Victoria and Queensland are down around 6%, while South Australia, Western Australia and Tasmania are down 2-3%. 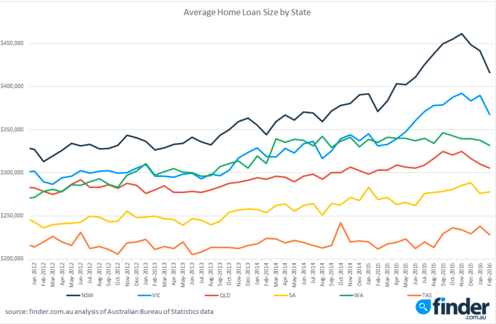 This is thought to be a key reason the housing market has been decelerating.

Data from credit reporting bureau Veda also shows that the demand for mortgages slowed significantly in the last quarter of 2015, with growth in mortgage applications decreasing by 2.9% compared to December quarter 2014.

This is the second quarterly decline in a row.

“The upshot of this is that the home loan market will be under pressure, and banks will be eager to secure new customers,” says Ms Hassan. “This could lead to an increase in housing affordability with interest rates declining even further.”

“We’re seeing variable home loan rates as low as 3.69% being offered by Mortgage House for 12 months – the lowest rates we’ve seen in years.

“This could be a great time for first time buyers to flex their muscles.

“First home buyers with a decent deposit could become a force to be reckoned with as low interest rates and cooling property prices boost their purchasing power.”

'Sharp plunge in home loan sizes: borrowers being forced to live within their means' have no comments