The Reserve Bank announced today a continuation of the current setting for official interest rates over the month of September.

Interest rates have now been on hold for 13 consecutive months, the longest steady sequence since 1998.

The previous movement on official rates was August last year when rates were cut to the current 60 year low of 2.5%.

Although rates remain on hold, latest economic data is providing a mixed outlook with some key economic indicators weakening.

National unemployment increased again over July, rising from 6.0% to 6.4% seasonally adjusted which is the highest level in over a decade. A number of capital city economies now have unemployment rates rising towards 7.0%. 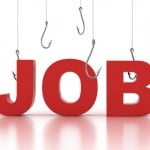 Building approvals fell over June although some of this can be attributed to the usual volatility in unit approvals and the impact of a shorter trading month due to holiday breaks.

Although the stock market has shown signs of sustained revival, the Australian dollar remains stubbornly high.

The Reserve Bank has indicated that it is likely to continue to leave rates on hold despite the current negative aspects to the national economy, with the likelihood that interest rates will remain at the current levels through to 2015.

Although rates are set to remain on hold over the near term, a weakening economy, particularly rising unemployment, together with the stubbornly high dollar will continue to put a downward bias on potential interest rate outcomes.

Low interest rates however continue to fuel winter housing markets, with recent indications through strengthening auction clearance rates in both Melbourne and Sydney of the likelihood of a robust spring selling season ahead. Price growth levels however are unlikely to generally match the strong results recorded over the last spring.