San Francisco is the doyen of tech savvy urban economies, with the city and region hosting the who’s who of tech businesses impacting the world economy.

But there’s a worrying feature of their economy that could serve as a warning for Australian cities.

A number of things stand out about the San Francisco city and bay areas. 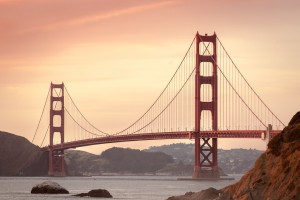 One of the biggest is the almost constant complaint of high housing costs.

Evidently, renting a basic two-bedroom flat in an older area of the city is now approaching US$5,000 a month.

These are older style flats in walk up buildings – not the high-rise apartments we are used to in Australian cities (of which there are very few).

Many older style buildings are covered by heritage preservation and those that aren’t are tightly held, on small titles, so very difficult to amalgamate.

The money flowing to the city through the high salaries being earned by those in the ITC Industries was commonly blamed.

Demand pressure was forcing up rents.

What is also obvious to the casual observer were the number of ‘help wanted’ signs throughout the city.

These are almost ubiquitous – coffee shops, restaurants, fashion retail, hotels – all are short of staff, and especially for lower skilled workers.

Another striking feature is the absence of building activity.

Throughout the city and bay area, evidence of housing construction or redevelopment is just not there.

Of the few cranes on the skyline, most are associated with commercial projects in the financial district.

Some basic research shows these observations are backed up by some worrying trends.

Housing rents (forget about buying anything unless you’re a dot-com millionaire) are indeed soaring for stock that becomes available.

However, much of the established rental housing stock is locked up in properties governed by rent controls.

Introduced in around 1980 as a measure to combat earlier problems with rental affordability, what’s happened is that owners of rental properties covered by rent control have little incentive to maintain or improve the properties.

If you drive through many of the San Francisco city housing areas, you will get a feeling of dilapidation (except in the higher priced suburbs like Pacific Heights or around Haight-Ashbury) which is at odds with a city enjoying such wealth.

Presumably, this is also a deterrent for redevelopment. 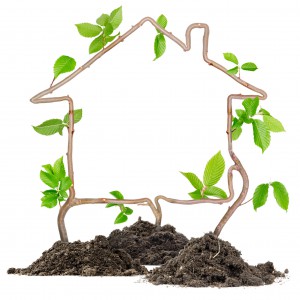 Housing supply has failed to keep pace with demand, although recently the pipeline of new apartments in planning stage has evidently swelled.

Some are now talking about a classic bubble scenario where high demand meets ‘sticky’ regulatory provisions so that supply cannot smoothly respond to demand.

Instead, it does so in a spurt of activity, which then floods the market and depresses prices again.

The housing undersupply problem, given the magnitude of jobs growth, may take longer to catch up.

These price pressures have forced out the lower to middle income wage earner.

People who cannot afford to live in high-priced markets like this simply leave.

The US does not offer anywhere near the extent of social or community benefits as Australia.

So lower income workers look for lower cost cities with equal standards of employment opportunity (and the US has plenty of them).

San Francisco is raising minimum wages, but this is still not stemming the outward flow of lower income workers.

It’s proving to be a lovely city for people with lots of money, until they need someone to wait their table or pour their coffee or clean their house.

So San Francisco’s housing market is facing rapid demand from a strong and wealthy economy, while new supply has been limited (due to a combination of regulatory as well as market issues).

Prices as a result have gone orbital to the extent that lower income workers have been leaving the city for more affordable pastures, while a lag in development activity could see a supply shortage quickly convert to a short-term oversupply in the future.

It’s hardly a very efficient market when it comes to housing, and there are some obvious parallels for Australia, most particularly Sydney.

rong economy, the regulatory framework needs to provide sufficient scope for housing supply to respond quickly, with both the type and location of housing most demanded by the market.

Protecting swathes of a city through artificial mechanisms like rent or heritage or other development controls adds to price pressure in a rising market, especially where development frontiers are limited through other mechanisms like growth boundaries.

When prices rise due to demand/supply imbalance, lower earning workers (essential to the functioning of any economy) can be forced out unless wages are increased to compensate for artificially high housing costs, which only reduce a city’s economic efficiency.

San Francisco is a wonderful city to visit, but living there can be a significant struggle for all but the very wealthy.

That’s not an outcome we’d wish on any Australian city, no matter how successful.