House price growth for the year to December 2013 turned out to be a couple of percentage points above inflation.

On an Australia-wide basis, dwellings achieved about 3% real growth for the year ending December 2013. 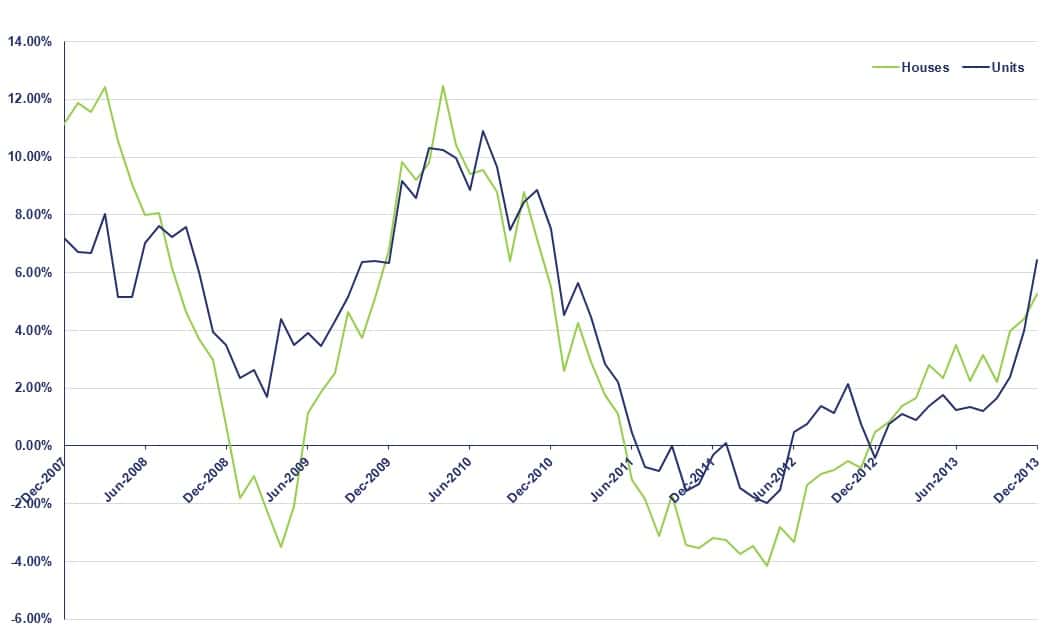 The result was not consistent across all states.

Sydney was the standout performer with house price growth of approximately 12% while units achieved 10.45% growth for the year.

Table 1 presents the results for capital cities across Australia for the year ending December 31, 2013. 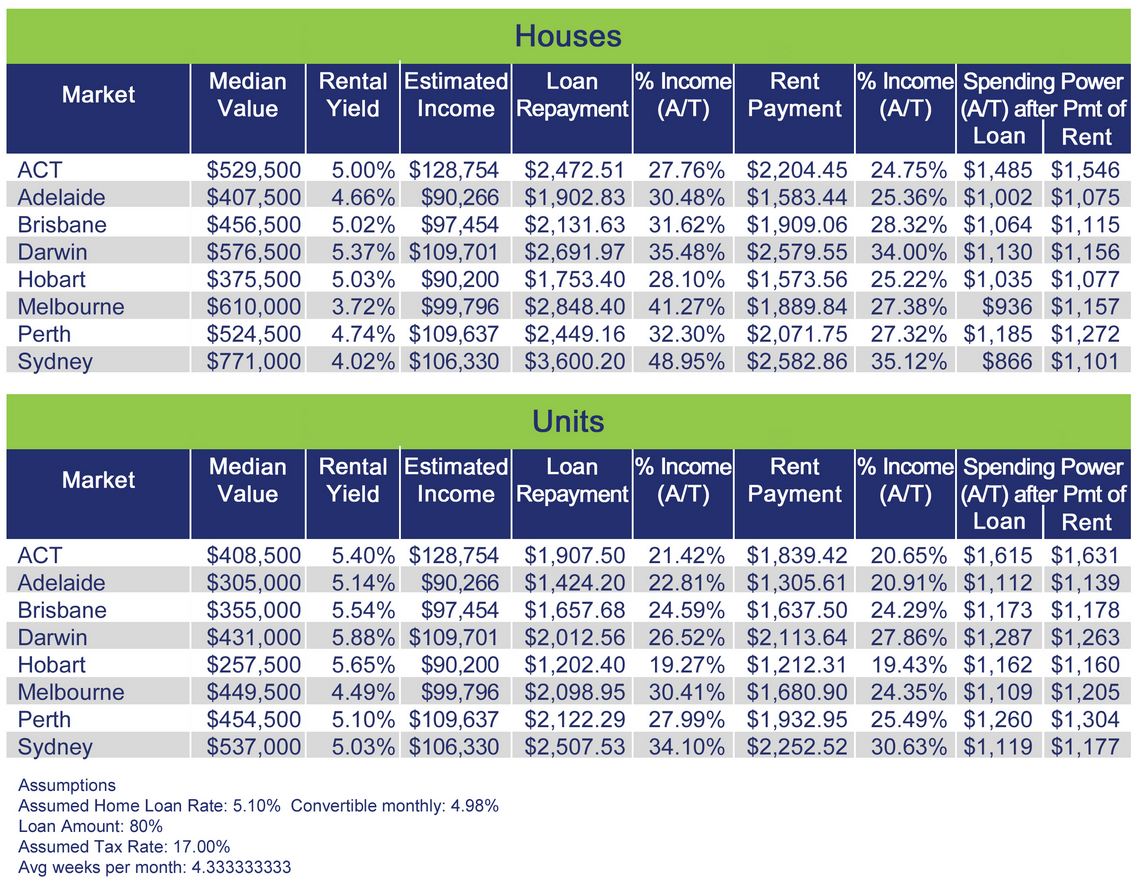 Table 2 provides information about affordability to assist in understanding what is happening in the markets.

In most capital cities, the performance in the last quarter was stronger than any other period of 2013. In my opinion, this was generally a consequence of improving sentiment, particularly amongst the older generation.

Many people in this group are now structuring their self managed super funds in such a way that allows a form of negative gearing in residential property so monthly super fund contributions from their salary provides for any rental income shortfall.

Inflation has been modest in the last 12 months, as has wage growth. In essence, house price growth in most cities has exceeded wage growth, which has resulted in housing becoming even more unaffordable.

Table 2 shows that housing is basically unaffordable for first home buyers in many capital city markets.

The general improvement in consumer sentiment is evident in Graph 2. 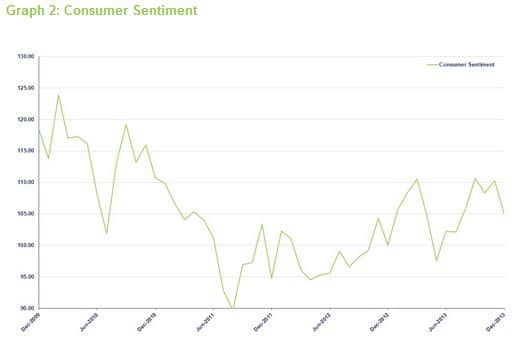 While consumer sentiment is stronger than it was this time last year, it is not robust. Consumer sentiment continues to be held back by public discussion about an expected slowing of the economy as the mining industry development phase passes its peak and the restructuring of manufacturing industries such as the automobile industry takes place.

Given the above, it is expected that investors will be increasing their predominance in the market as this group has the funds and capacity to borrow and be involved in negative gearing.

The increasing activity of investors has been a feature of the market for a number of years and can be traced back to the start of significant affordability issues for home owners.[sam id=36 codes=’true’]

The resulting picture is an investor market that is growing more often at a faster rate. This situation should not be expected to change as affordability becomes more difficult with interest rates due to increase to more normal levels in the future.

The other significant driver in the market over the next year or two will be employment conditions. The December unemployment numbers presented a deteriorating situation (see Graph 3).

As at December 31, 2013 the national unemployment rate was 5.8% on a seasonally adjusted basis. This suggests an increase of around 62,600 people who are now without work compared to the same time last year.

In total, it is estimated that there are about 722,000 people looking for work. This number masks the real position as the participation rate over the same period has decreased by 0.7%.

The numbers also make it clear that the mining development process is coming to an end as the most significant unemployment increases have occurred in the major resource states.

In Western Australia and Queensland, unemployment increased by more than 17% in the last month. The rate in Victoria and New South Wales reduced by less than 1%. 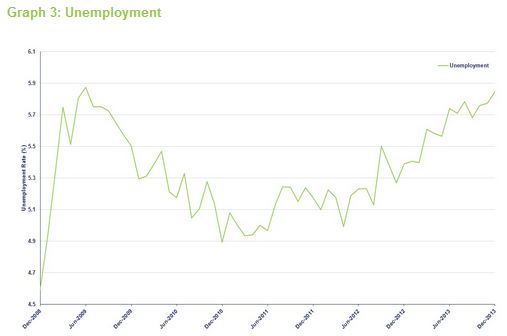 All of the above suggests that Australia is moving to a situation where large numbers of families are going to be renters unless something occurs that diminishes housing costs.

Renting in capital cities looks as though it will be the natural outcome for young working families in these areas.

The impact of the unaffordable level of housing and the need to rent property in many of our cities is evident in Table 2. For the year ending December 2013, the median weekly rental rose 6.4% for all of Australia and is now $415 per week.

Looking forward, while I am inclined to think that there will continue to be house price growth in the 12 months ahead, I am not sure it will be as high as many may expect. I say this as I believe affordability and unemployment issues will moderate the rate of growth.

However, I am equally mindful that investors are not constrained by these moderating forces and it is this group of people who are currently driving the market. Further, there has been house price pressure as a result of foreign investment.

Overall, I believe that the growth will be a little less than we saw last year on an Australia wide basis with growth being more uniform across the nation. States like New South Wales and Victoria should moderate a little while other states such as Queensland should produce better outcomes.

Until next time, happy investing!