Australian hopes and dreams change depending on the state and region you live in, according to the Yellow Brick Road Wealth Management Hopes and Dreams Survey.

Yellow Brick Road  analysed the hopes and dreams of over 6,500 Australians in a survey which sought to understand the financial aspirations of the nation.

The data reveals some surprising differences across the states and territories

For instance more people in Ipswich are in the market for a boat than anywhere else in the country.

Whereas in Frankston, residents are focused on upgrading their car.

The Riverina region is full of people who are hoping to get married and those living in the northern half of Western Australia are determined to get their debt under control.

Sydney suburbs also show interesting insights, with twice as many people in the Inner West who want to have a family than the state and national average.

Those living on the North Shore are much more focused on property and investment aspirations and are happy to ‘never, ever retire’.

Mark Bouris, executive chairman of Yellow Brick Road said these differences represent our diverse ambitions across the country and the findings reveal how economic conditions, the housing market and even climate affect people’s aspirations.

“We know that in places like northern Western Australia – suffering from the downturn in the mining industry – debt seems to be a bigger concern.

Then you have places like Sydney’s North Shore which has seen house prices skyrocket, and the next generation are looking at how they can afford to move out of home and break into the property market,” Mr Bouris said.

Of those categories, the ultimate Australian dream was:

“Australia is a nation of holidaymakers and globetrotters and the research showed that we haven’t lost our travel bug. 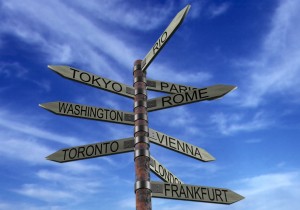 People across the country told us their biggest dream is to see the world. Coming in a close second was buying one’s first home.
Given the country’s obsession with property, the current low interest rates and affordability hurdles in Sydney and Melbourne – it’s not surprising that this is a big focus for many across the country.”

“As expected with their hot property sectors, New South Wales and Victoria residents are more focused on property goals, however Victorians are much less interested in retirement and renovating.

Queenslanders are more focused on retirement and earning an education and less interested in travel – perhaps due to their own warm weather.”

“The differences are also interesting in the less populated states.
For example, Western Australians value lifestyle and want to jet set around the world, own a boat, get into shape and get a more exciting job. And in the Northern Territory one of the biggest aspirations is the desire to move and make a seachange.”

Mr Bouris said having these dreams is great, but he’s concerned that too many Australians aren’t getting the advice they need to turn dreams into reality.

“Regardless of whether your dream is to go on a holiday, buy a property or own a business – you need to get clear on what your goal is and the execution plan to make it a reality. 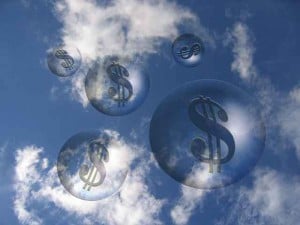 Australians are known to value quality lifestyle and there is nothing wrong with wanting to take an annual overseas holiday.

However, many people don’t achieve these goals due to their failure to plan.”

“More people should be seeking assistance to draft a financial plan, but many people think they don’t have enough money to work with.
The reality is the less you have, the more important it is to get assistance.
One of the things we know about reaching financial hopes and dreams is that the earlier you start, the better your outcome.
Seeking advice and creating a plan can make turning your dreams into reality a whole lot easier than you imagine.”

'Research reveals the hopes and dreams of Australians' have no comments