The national weekly rents have risen by 1 per cent during the first three months of the year.

In March 2019, rental rates nationally increased by 0.3% which matched the increase over the previous month.

The first three months of the year have bucked the trend seen late last year whereby rents were falling.

It is important to understand that rental markets are seasonal and the first quarter of the year typically sees the strongest rental growth.

Looking at the change in rents over the month across the capital cities, rents were lower in Darwin and Canberra, they were unchanged in Sydney and higher elsewhere. 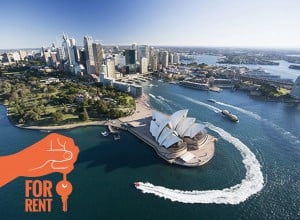 Despite recent falls in rental rates, Sydney remains the most expensive capital city rental market with a median rent of $582/week which is $32/week more expensive than Canberra rents ($550/week) which are the second most expensive in the country.

Historically Hobart has been the most affordable capital city rental market however, strong rises in rents over recent years have pushed rental costs well above those in Brisbane, Adelaide and Perth and now similar to those in Melbourne.

The rental market remains quite mixed however, it is clear that Sydney accounts for a large share of overall renters with annual falls in Sydney leading to a fall in the combined capital city index.

Sydney and Melbourne are seeing the impact of such significant demand from investors over recent years along with a substantial rampup in new housing (largely apartment) supply, much of which was purchased by investors.

The past year has seen a change of direction for both the Brisbane and Perth rental markets, following a number of years of declines rents are now climbing again.

Elsewhere rental rates are continuing to rise however, the rate of growth has slowed compared to a year ago.