Increased dwelling construction and record activity by investors has failed to provide relief for tenants, with rents in most capitals remaining at or near record levels. 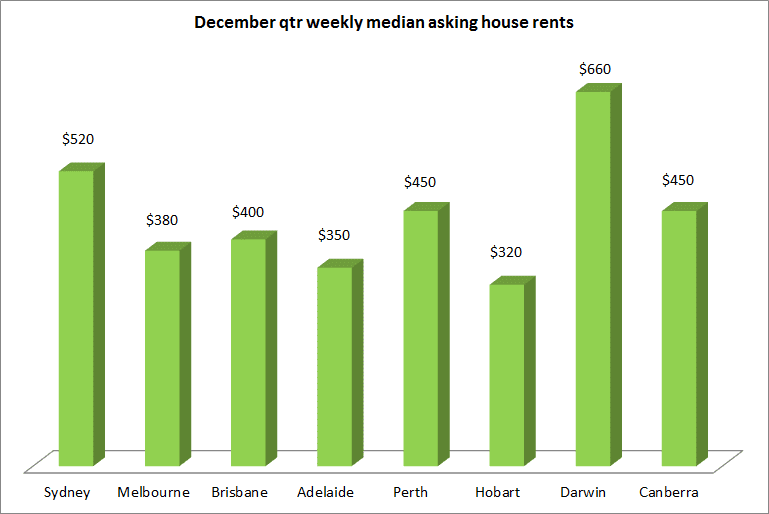 Sydney rents continue to rise despite record activity from investors over the past year and remain the highest of all the state capitals.

The median asking rent for houses increased to a new peak of $520 per week for an overall increase of 4 per cent in 2014. 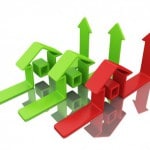 Despite a surge in the supply of new apartments, Sydney unit rents increased over the quarter, regaining the previous high of $500 a week.

Melbourne house rents remained steady at $380 per week over the quarter, however, unit rents fell from $365 to $360 per week.

Melbourne house rents were steady over 2014 while unit rents rose by 2.9 per cent.

In Brisbane, house rents were flat over 2014 at $400 per week. Meanwhile, unit rents fell by 1.3 per cent over the year to $370 indicating the impact of significant levels of new inner-city apartments.

Reflecting the general revival in housing market activity over the past year, house rents in Adelaide increased to a record high of $350 per week over the December quarter. Unit rents increased to $290 a week – also a new peak level. 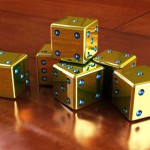 Perth house rents consolidated over the December quarter remaining steady at $450 per week. Unit rents, however, fell from $395 to $390 per week. Following unsustainable growth in early 2014, Perth rents have predictably adjusted downwards over the past year, ref lecting a decline in local economic activity. Perth house rents fell by 6.3 per cent over 2014 with unit rents down by 2.5 per cent.

Darwin house and unit weekly rents were steady over the December quarter at $660 and $550 respectively. Reflecting declining local housing market activity generally, house rents fell by 5.7 per cent over 2014 with unit rents down by 3.5 per cent.

Canberra house rents were steady at $450 per week over the quarter with unit rents increasing from $380 to $390 a week. Both house and unit rents however remain well below previous peak levels with house rents down 2.2 per cent over 2014 and unit rents falling by 4.9 per cent. 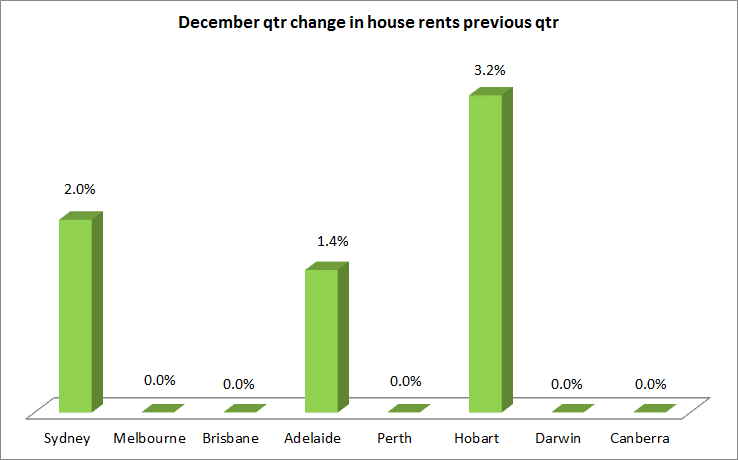 …with gross yields consolidating or rising in most capitals for both houses and units over the quarter. 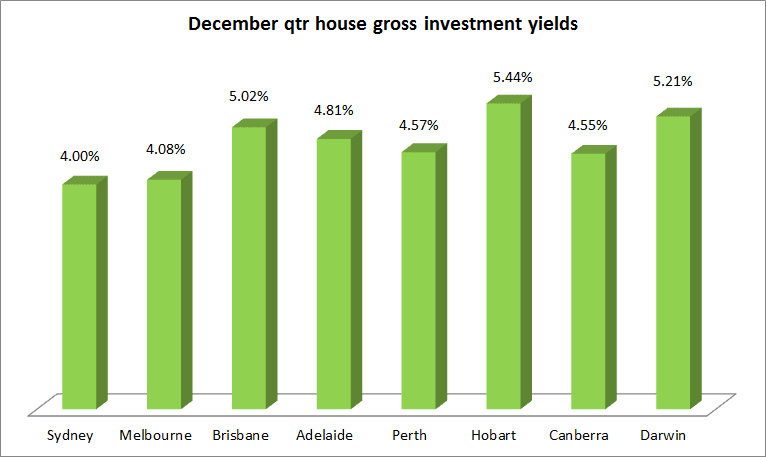 Although house and unit yields in both Sydney and Melbourne remain the lowest of all the capitals, the December quarter results were positive for these markets.

Flattening price growth and rising rents are putting a floor under gross yields which had been declining due to recent strong prices growth.

Upward pressure on rents is set to continue through 2015, particularly in the robust Sydney market where underlying demand continues to outstrip supply.

Increased supply of new units in Brisbane and Melbourne will, however, continue to provide more choice for tenants with lower rental growth a prospect.

With residential investment markets remaining reasonably balanced and prices growth set to continue to moderate in 2015, the prospect of the introduction of market constraining macro-prudential controls on investment lending is clearly diminishing.

'Rents remain at or near record levels in most capitals | Dr. Andrew Wilson' have no comments