While capital gains have been undeniably slower over the past few years than they were during the property boom we experienced earlier this decade, a new report from RP Data reveals that this breather in value growth has allowed rents to play catch up.

Research indicates that our residential property markets have experienced a number of ups and downs during the five years to September 2010. Conditions have varied from modest growth in 2005/06, rapid appreciation in 2007, a marked decline in 2008 and the recent period of strong growth we enjoyed in 2009/10, with overall values increasing by an average 7.1 per cent per annum throughout the five year period.

Across all capital cities, average annual growth was recorded at 7.0 per cent for houses and 7.3 per cent for units, which translates to a total dollar value gain of around $140,000 and $123,000 respectively.

With continuing affordability issues seeing many would be home buyers caught in the tenancy trap and an ongoing housing shortage forcing vacancy rates down to record lows, rents have managed to hold their own when it comes to gains made over the same five year period.

RP Data says between September 2005 and the end of 2008, capital city rents were trending upward by almost 11 per cent year on year, however this growth rate plummeted to just 0.9 per cent in 2009. Overall, rental rates increased by a total of 41.2 per cent for houses (representing $127 per week) and 46.6 per cent for units ($135 per week) for the five year period, indicating “slightly superior” growth in comparison to the recorded rise property values.

Interestingly, although prices for both units and houses have risen almost consistently in line with each other, the disparity in rents between houses and units has lessened considerably. In September 2005, house rents were 6.7 per cent higher than unit rents, but today that gap has shrunk to just 2.8 per cent.

So during the five years to September, which cities have been the strongest performers in terms of capital gains and rental growth? According to the research, Darwin house values enjoyed the greatest total growth at 92.3 per cent, with Melbourne coming in a distant second at 61.0 per cent, while Sydney was the poorest performer at just 22.0 per cent.

Darwin streaked ahead in the rental race as well, with house rents up by 76.5 per cent for the Northern Territory capital. Perth placed second at 60.2 per cent, with recorded growth for Adelaide, Brisbane and Sydney being markedly less at 32.6 per cent, 32.7 per cent and 33.8 per cent respectively.

Unit value growth was phenomenal in Darwin at a massive 99.8 per cent for the five years, followed by Adelaide at 69.6 per cent and Brisbane at 44.8 per cent, while Sydney once again lagged behind at just 27.8 per cent.

No surprises as Darwin comes in first place for unit rental growth at 84.0 per cent, followed by Perth at 61.7 per cent, with the lowest growth rates recorded for Melbourne, Brisbane and Sydney at 39.6 per cent, 40.6 per cent and 42.8 per cent respectively.

RP Data says these figures indicate the unarguable virtues of a buy and hold investment strategy that is designed for long term success, “with property values, rents and subsequently rental yields having historically proven to increase over time.”

They predict that the ongoing housing shortage and worsening affordability issues due to inflationary pressures will see rents continue to rise into the future, while the next twelve months will see fairly flat growth for property prices. However the report adds, “With an insufficient supply of homes, upward pressure will remain on housing prices over the long term.” 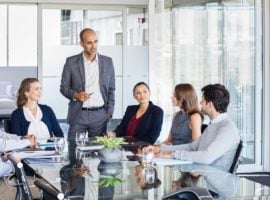 Are you a company Director? Then you better understand this 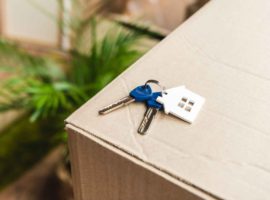 'Rents keep pace with capital gains' have no comments