Employment has been rebalancing recently towards the capital cities and services industries, as covered here in previous posts.

However, the latest Detailed Labour Force figures revealed that recorded regional unemployment in New South Wales has increased from around 65,000 in 2012 to touch above 100,000 in recent months.

The increase in regional Queensland has been more dramatic still, the total number of unemployed more than doubling since 2008.

On the other hand, regional Victoria has begun to add jobs again, and broadly speaking unemployment appears to be on the mend.

Recent industry trends imply that the major drivers of regional unemployment include mining positions falling away and an ongoing structural decline in manufacturing industries.

While Greater Sydney’s reported unemployment rate has declined to below 5 per cent, regional New South Wales unemployment has increased sharply since 2012.

A principle driver of this has been the collapse in coal spot prices which has impacted the Hunter Valley.

I’m a big fan of the region, and its proximity to Sydney more or less ensures that the longer term outlook is bright.

However, unemployment has been rising pointedly.

Even for regional centres, the Grattan Institute has found that it is their proximity to the Central Business Districts (CBDs) of the capital cities which largely drives their fortunes and respective rates of economic growth.

According to Grattan’s detailed research, regional centres located less than 150km from the capital city CBDs are growing at a considerably faster pace than those located further afield.

This bodes well for Newcastle and the Hunter Region to the north of Sydney over the longer term, as well as Wollongong to the south of the harbour city (the state’s initials “NSW” are said by sceptics to stand for “Newcastle, Sydney, Wollongong”, and there is more than an element of truth in that quip).

In the short term the coal mining regions face challenging adjustments, but ultimately mining is only one regional employer and other industries can and will eventually pick up the slack.

Indeed it is already hoped that the bulk of the job losses are now in the past and that the Hunter’s labour market is set to stabilise.

It should also not be overlooked that the volume of coal bulk commodity exports from Australia have doubled over the last dozen years – the ramping up exports after all being the whole point of the mining construction boom – a dynamic which itself has contributed to the correction in commodity prices.

Meanwhile ongoing production and exports will require hefty infrastructure upgrades including the new $5 billion “T4” Newcastle port terminal which has now been recommended for approval.

As noted above, regional unemployment in Victoria seems to be on the mend after threatening a run up through 2014.

Certainly parts of regional Victoria continue to face challenges in the manufacturing industries, as has been the case in many of the world’s developed economies.

The rolling annual unemployment rate in Shepparton has continued to rise from 4.7 per cent in October 2011 to 7.8 per cent in March 2015.

However, the most recent data suggests that regional Victoria has been adding jobs again lately, and peak unemployment for Shepparton appears to be in according to the most recent five months of data.

Geelong is another Victorian city which faces challenges, with a significant share of employment being in the manufacturing and processing industries. 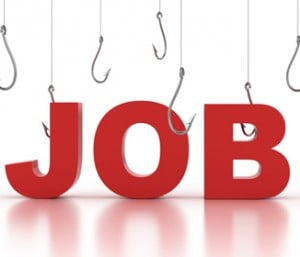 As a point of disclosure I should note that I own property in Geelong.

The reality is that there is a scheduled car manufacturing closure to come in 2016 and this will have associated headwinds (there is almost nothing worse than vested interest property market commentary which fails to recognise obvious risks such as these).

Coal mining malaise has had something of an impact on the Geelong region too, with Alcoa announcing the closure of its Anglesea mine and power stations.

Over the longer term, of course, Geelong will continue to benefit from its proximity to Greater Melbourne, located only half of the notional 150km distance away from the capital as cited in the Grattan study “Mapping Australia’s Economy: Cities as the Engines of Prosperity”.

Victoria – “B is for bright”

The brighter news for Victoria is that in aggregate regional employment has been increasing again, and this should benefit the services-focused cities, where employment is founded upon professional services, trades, retail, commerce, health care, public services and education.

The lower dollar should help to give regional tourism a kick too.

Correspondingly the employment markets of the “B cities” of Bendigo and Ballarat seem to be faring relatively well, though admittedly I haven’t visited myself for a few years.

Some parts of regional Queensland are facing significant unemployment challenges. 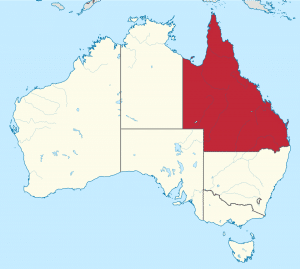 Youth unemployment in second tier locations such as Beaudesert in the Logan region is bordering on out of control at 16.4 per cent.

In Ipswich youth unemployment is 17.2 percent, in Cairns it is 20.8 per cent, and in Wide Bay 20.6 per cent – statistics which make for diabolical reading.

Logan and Ipswich are two other cities which have proximity to the capital city, but for now this dynamic of high youth disengagement has driven up unemployment rates in these regional areas.

At the headline level unemployment is trending up very sharply in Mackay as the mining sector has gone into meltdown.

The mining sector has also damaged confidence in Townsville where the workforce participation rate has fallen away sharply since 2013.

Queensland – the impact of the lower dollar

In theory at least, the lower dollar should be helping some Queensland regions which benefit from the rebounding tourism sector, and this does appear to be happening to a certain extent.

One of the best performing regional employment markets has been that of Toowoomba, 125km to the west of Brisbane, with defence being a major employer for the Garden City. 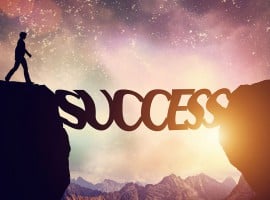 'Regional unemployment – the good (services), the bad (manufacturing) & the ugly (youth)' have no comments