If you’ve been following my blogs you’ll know I’ve always preferred the capital cities because the growth there has been driven by stronger, more stable economies and now there’s even more evidence that this is true.

Of course there were always some exceptions:

Sure some better performing regional areas outperformed some poor performing capital city markets, but in my mind the right properties in the right locations in our 4 big capital cities are the safest place to invest. 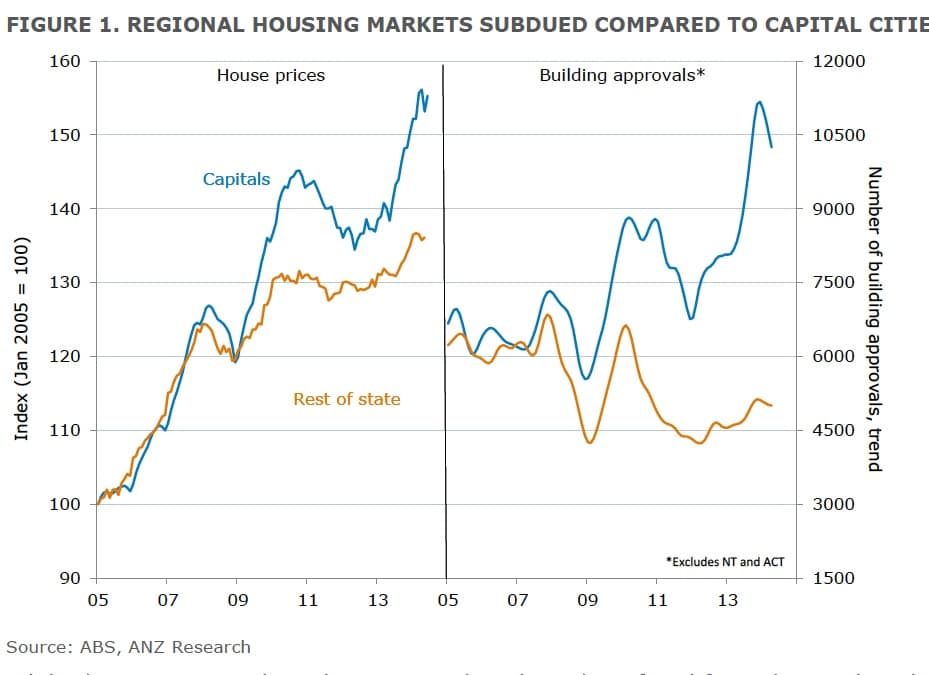 In particular, building approvals and house prices have risen at a much stronger pace in the capital cities compared with regional areas in the past year.

And with the changing nature of Australia’s economy I can’t see any major change in this trend.

As I’ve said we’ve written about this before: