People often ask me why I only recommend investing in our 4 big capital cities.

The answer is simple…

My fundamental principle is to invest for capital growth and look for investments that are stable (not volatile.)

The “big smoke” is where the capital growth is because these markets have multiple pillars underpinning their local economies. That’s where the jobs are and that’s why the majority of the new immigrants move to our 4 big capital cities.

Australian regional (i.e. non-capital city) house price growth has underperformed that of the capital cities since the beginning of 2013.

In fact, Australian ‘non-capital city’ house prices have posted negligible growth since the beginning of 2010, reflecting varying agricultural conditions, weak inbound tourism and a softer outlook for mining-regions in the last year.

Regional house prices in New South Wales have posted the strongest growth in the year to August 2013, with Albury, Queanbeyan, Northern Tablelands and Newcastle posting the greatest house price growth in the state. See the graph below[sam id=34 codes=’true’]

In contrast, regional house price growth in Victoria, South Australia, Western Australia and Tasmania in the year to October was soft, with house prices lower over the period in all four states. 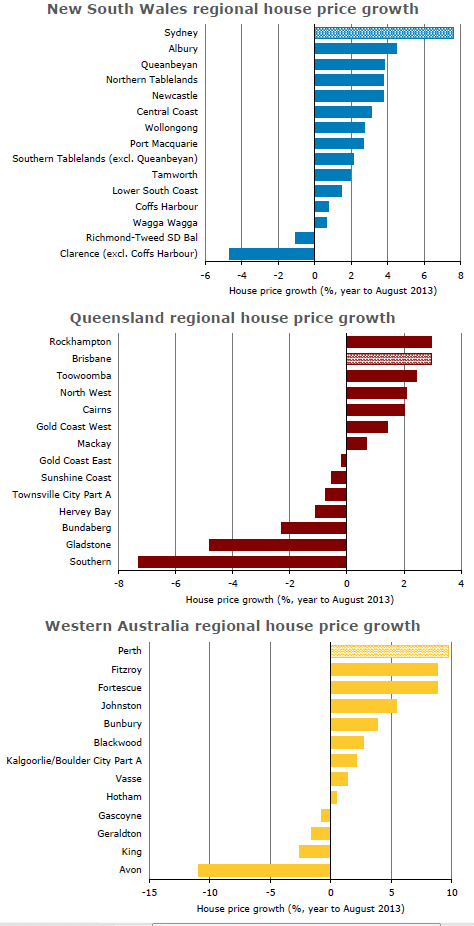 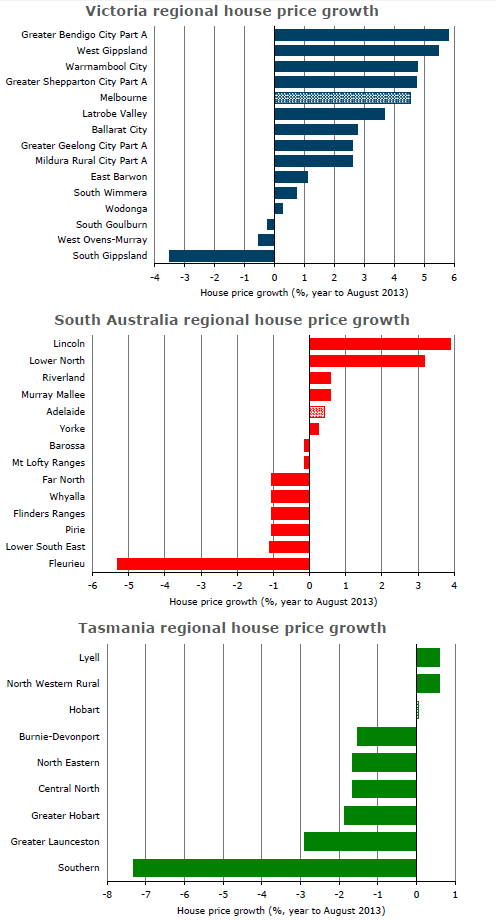