Negative gearing really can’t stay out of the media can it?

There’s always someone or some organisation lobbying for its removal.

One of the arguments usually used is that negative gearing is a tax rort for greedy, rich property investors at the expense of the average “Aussie Battler” 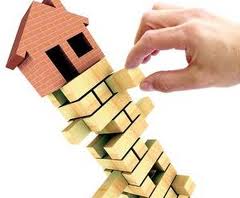 “Negative gearing is a way for people on medium incomes to get into the property market,”

“Many hard-working Australians have invested money in real estate … to give themselves some financial security.”

Property Council chief executive Ken Morrison says negative gearing is a well-established, long-standing part of Australia’s tax system and the people who use it most are everyday Australians looking to get ahead.

“This isn’t some tax lurk for the wealthy, it is a legitimate and effective part of our taxation system that is used most by people earning under $80,000 per annum who become property investors through their own hard work,”

“Any changes to negative gearing would hit middle Australia hardest and would take away one of the best ways most people have to save for their retirement.”