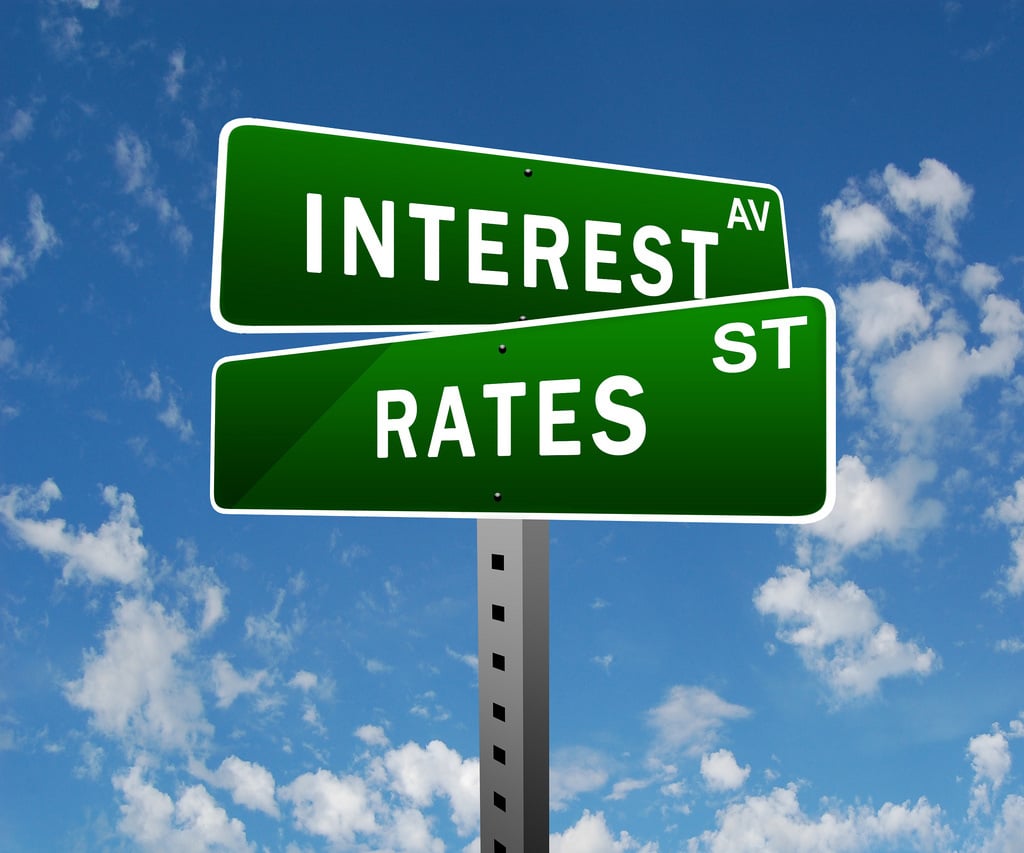 While the cash rate has been stagnant, and it’s predicted there will be no movement at the Reserve Bank’s board meeting tomorrow, it’s been a different story for the value of the Australian dollar against the greenback, according to finder.com.au.

finder.com.au’s monthly cash rate survey, the largest of its kind in Australia, shows all 35 economists and experts surveyed are forecasting the Reserve Bank to leave the cash rate untouched on August 1.

Graham Cooke, Insights Manager at finder.com.au, says a rate hike is in the pipeline.

“It looks as though April and May next year may be the most likely months a rate cut will be enforced.

“If the economy continues to stabilise, we can expect to see more rate rises throughout 2018,” he says.

The panellists do not agree with the view of former RBA board member, John Edwards, that eight rake hikes over the next two years is “distinctly possible.”

Panellists were asked to identify their greatest economic concerns for Australia right now, and the two highest ranked concerns were household debt and wage growth, cited by six experts each.

“Wage growth is at record lows, currently sitting at about a quarter of inflation. Meanwhile, house prices continue to soar in the capitals and credit is cheaper than ever. This combination could be troublesome,” Mr Cooke says.

Since the Australian dollar hit a two-year high against the USD this month, it’s no surprise the high AUD was the third most cited concern, mentioned by three economists.

“A high Aussie dollar could harm our exports as goods become more expensive for foreigners to buy,” Mr Cooke says.

Panellists were divided about the future of the AUD, with a slight majority (55%, 12) saying it peaked last week at 80 US cents.

“However, the strength of the local currency against the greenback is good news for travellers heading to the US as they'll find their dollar will go that little bit further.

“Anyone importing or buying goods from US sites, such as eBay or Amazon, will be get better value for money,” Mr Cooke says.

Other concerns raised among panellists were the unemployment rate, the future of the Chinese economy, and a lack of entrepreneurial innovation in Australia.

Michael Yardney, Metropole Property Strategists (Hold): "The RBA can't raise rates as it would stifle our fragile economy and would lead to a higher AU$. Similarly, it can't lower rates as this would  fuel the Sydney and Melbourne property markets."

Jordan Eliseo, ABC Bullion (Hold): "The RBA has made it clear it thinks that it has the appropriate monetary policy settings in place. None of the data that we've seen come out this month (on inflation, business confidence, employment etc) will have meaningfully impacted that view. As such, notwithstanding their renewed concern regarding the strength of the AUD, we think they will keep rates on hold when they meet next week."

John Hewson, ANU (Hold): “[Insufficient] info to move one way or the other."

Shane Oliver, AMP Capital (Hold): "While growth was weaker than expected in the March quarter, recent data suggests its back on track reducing pressure to cut rates again but risks around the consumer, weak inflation and a rebound in the $A indicate its way too early to hike rates. So best to remain on hold."

Peter Munckton, Bank of Queensland (Hold): "Cash rate is at the right level."

Darryl Gobbett, Baillieu Holst Ltd (Hold): "The RBA doesn't see the current cash rate as necessarily all that expansionary and remains concerned about the impact of rate rises on households with the very high gearing, stagnant wages and rising utilities prices."

Richard Robinson, BISoxford economics (Hold): "Although RBA would like to cut rates to take upward pressure off the Aus dollar, it can't cut rates as it fears re-stoking the residential property market. With inflation low and particularly wages growth very low, there is no need to raise rates for at least 2 years."

Paul Dales, Capital Economics (Hold): "The RBA does not want to cut interest rates for fear of boosting the housing market and debt levels, but equally the economy and inflation aren't strong enough to warrant interest rate hikes."

Savanth Sebastian, Commonwealth Bank (Hold): "Inflation remains well contained. RBA would be concerned about the lift in the Aussie dollar. Focus will be on how economy tracks over the next few months."

Saul Eslake, Corinna Economic Advisory (Hold): "The RBA would clearly prefer not to have to cut rates any further, but is also in no hurry to start raising them (even if central banks elsewhere in the world do). Economic data since the last board meeting (more good data on employment, business conditions, offset by another quarter of very low inflation, softness in household spending) don't present a strong case to move in either direction."

Andrew Wilson, Domain Group (Hold): "The RBA is clearly determined to leave rates at current level taking a more medium-term view of the macroeconomy regardless of the current insipid intransigence of key economic performance indicators.

Mark Brimble, Griffith Uni (Hold): "Bias remains to the down side as the economy struggles to gain any traction.  The dampening impact of credit controls (while assisting with medium term risk around credit risk and elements of the property market) and retail interest rate rises by financial institutions have not helped.  Indeed the puzzling comments from the RBA that have related to a spike in the AUD also have a dampening impact.  Despite this, the RBA is unlikely to move rates for some time."

Paul Bloxham, HSBC (Hold): "Inflation is still below the target band, so no immediate move in sight."

Alex Joiner, IFM Investors (Hold): "Robust labour markets and a soft headline CPI outcome for Q2 (and 'core' measure being inline with the RBA's forecasts) underscores there is no economic rationale to move rates in either direction. Financial stability concerns seemingly prevent further easing. And a higher A$ deters premature hiking."

Michael Witts, ING Bank (Hold): "The RBA will be concerned about the rise in the AUD and will not be looking to add fuel to the fire."

Leanne Pilkington, Laing+Simmons (Hold): "The RBA has indicated its intention to cautiously manage inflation to the preferred 2-3% range while at the same time appears reticent to reduce rates further. The weak inflation forecast in the June CPI figures point to a steady rate scenario for the short term. With employment levels also steady, this is good news for the property market on the whole.”

John Caelli, ME (Hold): "With the high dollar, low inflation and low wage growth there is no rush to put up rates just yet."

Mark Crosby, Monash University (Hold): "Probably the strongest signal in history that the RBA will sit on its hands for the next couple of meetings, particularly given the latest inflation outcome."

Jessica Darnbrough, Mortgage Choice (Hold): "Last month, the Reserve Bank of Australia made it clear that its current monetary policy setting is appropriate for the time being and I believe this will continue to be the case at the August Board meeting.”

Chris Schade, MyState Bank (Hold): "Interest rate settings remain appropriate. Economy performing a little below trend, inflation remains at the lower end of target, and the Aussie dollar is higher than the RBA would like. Holding rates at their current highly accommodative level is appropriate to allow the economy to continue to gain momentum as the unwind of the mining boom ends, the housing construction peak passes (but activity remains at a robust level for some time – i.e. no major drop) and, hopefully, other sectors pick up."

Noel Whittaker, QUT (Hold): "I think we are at the bottom of the cycle but don't see any urgent need to raise rates."

Nerida Conisbee, REA Group (Hold): "While earlier in the month strong jobs growth figures suggested that the economy was on track, the strengthening Australian dollar put a dampener on the need for an increase. Inflation figures out today are likely to further cemented the RBA’s decision to take a wait and see approach with these figures continuing to be below the target of

between 2 and 3%. Despite the RBA likely to hold, it is likely that banks will continue to increase the rates they charge home owners. This is partly because their costs of wholesale funding have increased but also because there is continued pressure from APRA to moderate their lending. The banking tax announced in the budget is also likely to be passed on to homeowners.”

Janu Chan, St.George Banking Group (Hold): "RBA will still have concerns about spare capacity and low inflation. However, risks of another rate cut have clearly dissipated."

Brian Parker, SUNSUPER (Hold): "No signs in the data that they need to change their views of the world or their policy stance."

Clement Allan Tisdell, The University of Queensland (Hold): "RBA statements and the increase in the value of the AUD [indicate no change]."