New RBA Governor Philip Lowe provided a relatively upbeat assessment of the Australian economy, consistent with recent bank communication, when he appeared before the House of Representatives Standing Committee on Economics.

In its weekly economic overview ANZ Bank made the following comments:

In commenting on the updated Statement on the Conduct of Monetary Policy, Lowe noted that the “main drafting change is to make the link between monetary policy and financial stability a little more direct”.

In the Q&A session, Lowe said the new agreement did not mean that the RBA is more tolerant of inflation being outside the band, but was designed to provide the public with a clearer understanding of the policy setting framework.

Lowe repeated the calls for infrastructure spending to reinforce stimulatory monetary policy settings (and highlighted the difference between this and borrowing for recurrent spending). 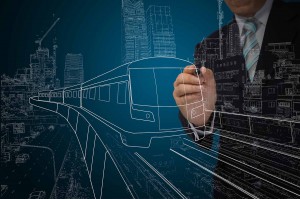 More broadly, the Governor talked about the need for either the public or private sector to use their balance sheets and take advantage of low interest rates to build assets.

On the economy, the Governor reiterated that “the economy is adjusting reasonably well to the unwinding of the biggest mining investment boom in more than a century” and that if recent increases in commodity prices “were to be sustained then we could look forward to the drag on national income from falling commodity prices coming to an end”.

The non-mining economy is “doing considerably better…business conditions have improved, employment has increased and there are some signs of a modest pick-up in private investment”.

On balance, Lowe appeared relatively more accepting of the level of the currency.

During question time he described the recent appreciation as “understandable”, noting commodity prices and the still high returns on underlying Australian assets.

He said an exchange rate “a bit lower” than it currently is “would be helpful” but also commented that not everyone can have a weaker currency.

What about our property markets?

On housing, Lowe’s remarks echoed recent ANZ bank communication and summarised that “the situation is somewhat more comfortable than it was a year ago, although we continue to watch things carefully”. 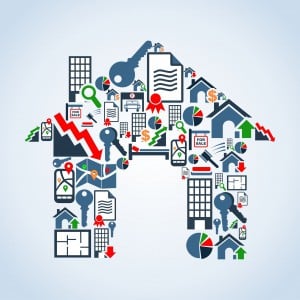 In the Q&A session, Lowe discussed the interplay between monetary policy settings and house prices.

He noted that high house prices largely reflect long-term fundamentals (including access to credit, where we want to live, and zoning) and that monetary policy adjustments are “ripples” around this.

He opined that the two rate cuts this year don’t seem to have stimulated another round of house price rises, which is “good”.

There was little discussion on inflation, which is “expected to remain low for some time, but then to gradually pick up as labour market conditions strengthen further”. Consistent with recent bank communication, low inflation is seen as a combination of increased competition, low wages growth, and weak rental inflation.

Importantly, in the Q&A, Lowe noted the global nature of weak wages growth, but said he expected this to be “persistent but temporary” and that wages growth is expected to gradually pick up as the unemployment rate falls.

The Governor described the labour market as a positive story. He reminded that this time a year ago the unemployment rate was expected to be above 6%, but is now around “5¼% to 5½%”. While acknowledging that employment growth has been largely in part-time jobs, and that this suggests there is more slack in the labour market than indicated by the unemployment rate alone, the RBA expect “reasonable employment growth” and believe that those underemployed will have the opportunity to work more hours.

Today’s comments, recent communication from the Bank, and the changes in the Statement on the Conduct of Monetary policy suggest the Bank is comfortably in a wait-and-see mode (though its inflation forecasts suggest an easing bias remains in place).

The full text of the speech can be read here.