What is mid-to-long term risks for the Australia housing market?

This topic was discussed by Dr Shane Oliver, Head of Investment Strategy and Economics and Chief Economist at AMP in his recent Insight. 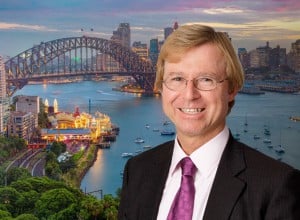 One of the more interesting snippets of information to come out of the minutes of the February meeting of the Reserve Bank Board was an acknowledgement by members of the risks generated by a low-rate environment and, in particular, those “linked to higher leverage and asset prices, particularly in the housing market”.

They weren’t concerned enough to detour from their stimulus program, but the RBA doesn’t consider these issues lightly.

By putting this issue on the table, they are implicitly acknowledging the longer-term risks confronting the Australian housing markets beyond the prospect of a short-term bounce, and investors should do the same.

That shouldn’t necessarily deter future investment, but it does mean that we should keep a weather eye to the following three dynamics:

It would appear that even in the midst of a global crisis, Australians love nothing more than getting into a new house.

And at this point in time, it makes some sense for a lot of people.

Houses may be costly, but credit is cheap.

Despite the fact that Australian property ranks amongst the most expensive in the world relative to incomes and rent, household interest payments as a share of income are at their lowest levels since the mid-1980s.

When the RBA considers the effect of their rate cuts on the housing market this is precisely the dynamic to which they’re referring.

Fiscal stimulus – particularly in the form of JobKeeper payments – and support measures, such as bank payment holidays, have also helped support prices through 2020, but their withdrawal this year should be offset by the broader economic recovery.

Bearing in mind that the average household has also more than tripled their rate of savings through the pandemic1, and some proportion of that pent-up demand is likely to continue to find its way through to the housing market.

As a result, we can probably expect Australian house prices to rise by 5-10% through 2021 and by a similar amount next year.

2. Outcomes will be divergent across cities and regions

The top-line figure won’t necessarily reflect the state of play across the country, however, with markets affected differently by broader economic conditions and changes to the way we live and work. 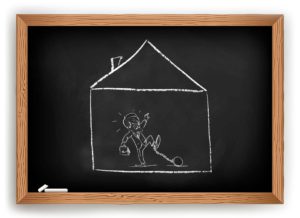 Units are likely to fare worse than houses, and smaller capital cities will continue to play catch up.

Working from home and the ‘escape from the city’ phenomenon we saw play out in 2020 will likely continue, with lifestyle attracting more of a premium over location.

The Perth and Darwin markets, proof in themselves that house prices don’t always go up, are in the process of escaping the slump brought on by the end of the last mining boom, and house prices there still have some way to catch up.

The other smaller capital cities should also continue to perform strongly in relation to Sydney and Melbourne, both of which are more exposed to stifled demand from falling immigration.

3. Conditions are ripe for some slowing in the housing market in the mid-to-long term

A key element in a reversal of fortunes is likely to be eventual increases in interest rates.

The RBA is fixated on generating inflation in the economy, which could take some time, but by 2023 rate hikes could again be on the table.

Even if they remain low by historical standards, any rise will represent a deterioration in current conditions and is likely to affect affordability.

If that were to persist the expensiveness of our residential property market might finally start to hit home with potential buyers. 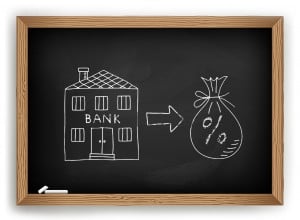 Second, the housing boom of the last 25 years has been fuelled not only by low rates but by a chronic undersupply of housing that developed between 2005 and 2015, when population growth surged ahead of new dwelling construction.

This is why our houses and units are so expensive by global standards, despite other countries being subject to the same low rate environment.

Two factors are now working to mitigate this.

First, supply has been steadily catching up to demand over the past five years.

Second, immigration has stalled in the wake of border closures and may take some years to recover.

The bottom line is that it might not happen imminently, but conditions are likely to line up at some point for some sort of more sustained slowing in the Australian housing market.

The good news is that the RBA has acknowledged an excessive heating up of the property market in the near term as a concern, but not a pressing one.