As Governments state and federal begin grappling with harsher budget realities and an electorate disinterested in listening when it comes to the necessity of budget cuts or asset privatisation, it becomes increasingly likely that Australia will follow the New Zealand path and raise the GST.

This could hit housing especially hard because of the way new housing is taxed. 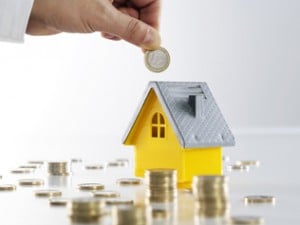 First proposed in 1985 by Labor Treasurer Paul Keating, it was dropped for political expediency.

Then in 1991, it was again proposed by Dr John Hewson as Federal Liberal Opposition Leader, but the GST died a quick death at the hands of interviewer Mike Willisee (and Paul Keating), who asked a pointed question about the icing on a cake.

Hewson stumbled, momentum was lost, and Hewson lost the election.

We didn’t see the GST return until Liberal Prime Minister John Howard took the proposal for the GST and major tax reform to an election in 1998, and won.

The GST, introduced in 2000, was originally to apply to pretty much everything, but lobbying by the Democrats (mainly) led to a negotiated GST which didn’t apply to things like fresh food, or books.

The other part of the negotiation was with the states, who in return for receiving 100 per cent of the revenues created by the GST, promised to abolish a range of taxes, stamp duty included.

That’s where the housing equation comes in.

Stamp duty on housing sales is a huge impost and a disincentive to more freely trading real estate.

It’s also a big money earner for the states, but so was the GST. The GST revenue would have exceeded what the states then received from stamp duty, hence the agreement.

That may well have worked, but they all broke that promise.

The states kept stamp duties and other taxes they had promised to abolish, and also said ‘thanks very much’ for the new rivers of gold in the form of GST revenues. 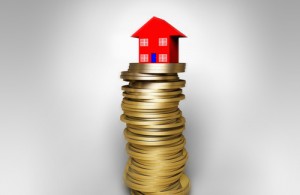 As a result, new housing immediately had 10 per cent added to its price, while any compensation in the form of abolished stamp duties didn’t eventuate.

The purchaser – in addition to various local and state infrastructure charges – is paying 1/11th of that purchase as GST.

Many first home buyers are exempt from stamp duty, but the nature of grants and exemptions vary.

Those exemptions also apply to second hand homes, while the GST only applies to new homes (houses or units).

Plus, infrastructure levies and other ‘developer costs’ only apply to new housing, not to existing or second hand stock.

Already new housing is punitively taxed whereas second hand stock isn’t, via the GST and via other state or local charges on infrastructure.

What happens if governments turn to an increase in the GST to fill multiple budget black holes?

Plenty are talking about it, as are plenty of economists.

Many will argue it’s a good thing, but it isn’t if you’re in the market for a new home (as opposed to second hand), or if you’re a developer creating new housing stock.

Add to that the various infrastructure charges, duties, charges and various taxes or levies, and people buying a new house in this scenario could easily be paying well over $150,000 in total taxes on their new home.

Housing in Australia is expensive enough as it is

Failing to create a healthy volume of low cost new housing supply, rather than stoking the already hot fires of the existing second hand property market, has worried a lot of people from the Reserve Bank Governor down.

If changes to the GST in the form of an increased rate are allowed to go ahead without some balance being restored to the new versus second hand treatment of our housing stock, it is likely that genuine new housing supply (as opposed to investor product though even this would suffer) will stall further.

Unless I’m wrong, and an extra $23,000 tax bill on a single transaction isn’t something that bothers people these days.