Queensland first home buyer activity continues to rise reflecting the clear local affordability advantages enjoyed by this group compared to most other states.

The ABS reports that the number of loans approved to first home buyers in Queensland over August soared by 14.0 percent to 1828 compared to the 1603 approved over the previous month.

The August result was the highest monthly total recorded so far this year and significantly higher than the 1572 loans approved over August last year.

Queensland has now approved 13,494 housing loans for first home buyers over the first 8 months of this year which is 3.0 percent higher than that recorded over the same period last year.

The value of the average first homebuyer loan approved in Queensland over August also increased sharply – up by 2.6 percent to $305,500

. The August average loan for first home buyers was the highest ever recorded in the ABS series and well ahead of the previous high of $302,000 recorded over October 2015. 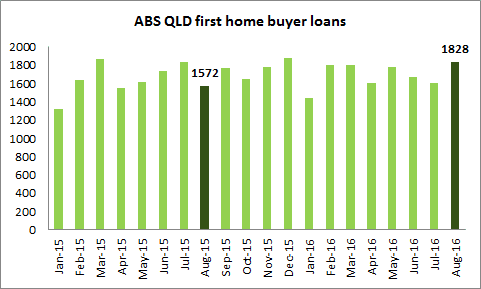 Reflecting the surge in first home buyer activity in Queensland, the proportion of lending activity by this group compared to total residential lending increased to 13.0 percent over August, the highest market share since February.

The level of first home buyer lending activity in Queensland as a share of total lending for housing is now second only to Western Australia with 18.6 percent and remains just below the long term local state average of15.6 percent.

By contrast, New South Wales first home buyers accounted for just 4.8 percent of total residential lending in that state over August – a near record low.

Victoria and South Australia were also well below Queensland at 10.1 percent and 9.4 percent market share respectively.

By contrast with Queensland’s August total, New South Wales approved just 1347 first home buyer loans with numbers in that state down sharply by 7.5 percent over the first 8 months of this year compared to the same period last year. 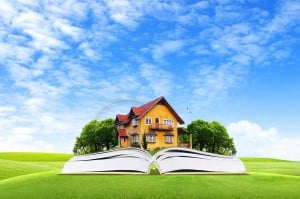 Although numbers remain subdued, the average first home buyer loan in New South Wales increased by 4.0 percent over August to $365,900, the highest monthly total for the year.

This result was well below the Queensland average and also below Victoria with reported an August first home buyer average loan of $315,100.

Rising first home buyer activity in Queensland reflects the impact of the recent introduction of the first home buyers grant boost for new housing of $20,000 which is acting to also bolster the local economy with higher levels of residential construction.