Queensland is once again creating jobs.  And yes, more full-time positions would be welcomed.

Job creation is vital for a healthy real estate market.  But where are jobs in Queensland being created?

It is no accident that residential markets improve where the new jobs are. 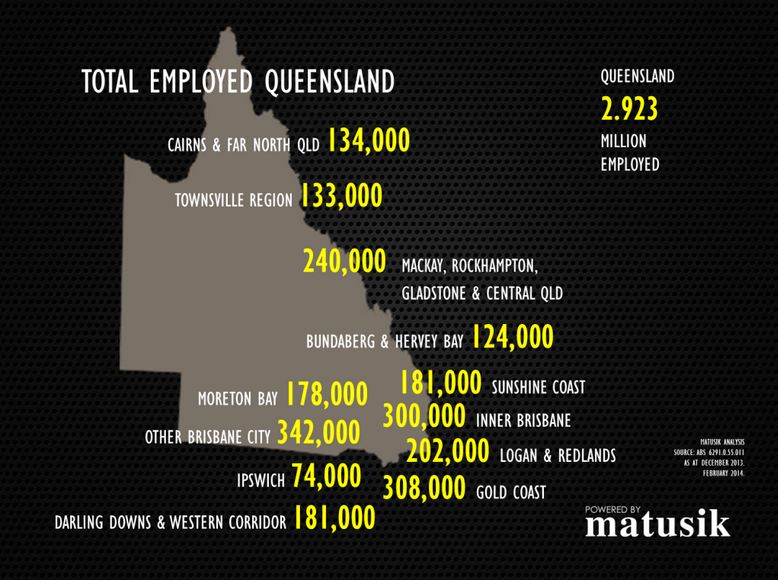 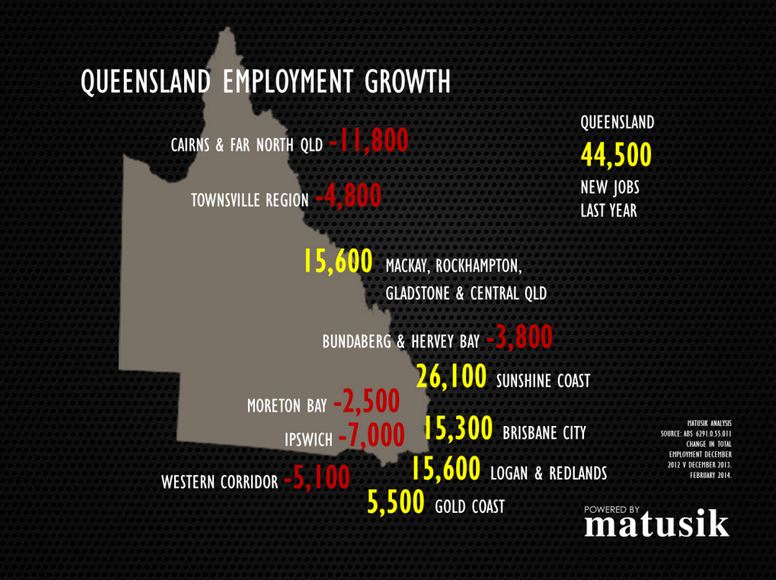 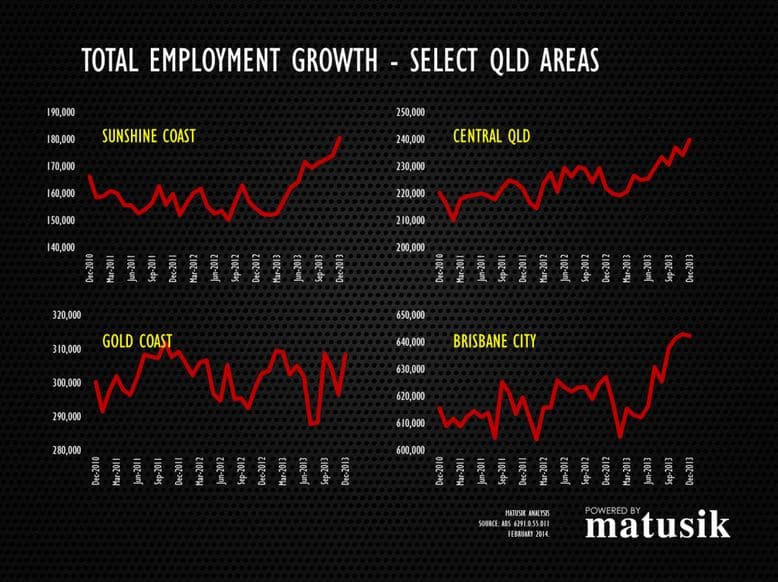 To repeat, job growth means strong residential markets.  We spend a lot of time looking into employment when assessing an area’s or new project’s potential.  Without a solid quorum of existing employment plus consistent new job growth there is really little chance of sustainable price or rental growth.

STATS: Our quick grab of the recently released property-related statistics.