Have you considered renovating a property but wondered if it might be affected by asbestos and concerned about the dangers?

Recently on Real Estate Talk, Cherie Barber shared her thoughts on the matter

Here is the transcript of that  interview:

Kevin:  It’s time to say hello to the renovation queen and the person we turn to for any renovation advice, Cherie Barber.

Kevin:  Great to be talking to you again. You’ve just finished another project for The Living Room on Channel 10, I believe.

Cherie:  I have. I’m officially covered in paint right now, so yes.

Kevin:  Well, thank you for pulling up and having a chat to us. I was keen to talk to you because I’ve had a few people comment to me about the fears they have about getting a property that has asbestos in it, especially first-time buyers, because they’re afraid about the renovation requirements.

Tell me what your experience is with this, Cherie.

Cherie:  Wow. Where do I start?

First of all, I’m a national brand ambassador for asbestos awareness, so I am actually quite passionate about trying to educate as many home renovators about the perils of working with asbestos.

The reality is that any house that was built prior to 1987 – let’s face it, that’s the bulk of housing across Australia – is very likely to contain asbestos in one way, shape, or form.

What the asbestos organizations are saying now is that the third wave of asbestos victims is coming, and that third waves of victims is actually called the home renovators.

Kevin:  You can buy one as long as you don’t disturb it.

It’s okay if you seal it up. Is that right?

Cherie:  Yes. Basically, asbestos, if you were to go and touch it, put your hand on it, you’re not going to die.

It’s only when it’s broken, when the fiber of asbestos is actually broken, scraped, drilled into – basically damaged or disturbed in any way.

We don’t exactly know whether it takes one fiber or more, but any of those airborne fibers that are inhaled can actually become mesothelioma in anywhere from 10 to 20 or 30 years’ time.

Kevin:  I was quite surprised recently – it would have been five or six years ago. We bought a property to renovate.

We quite often think of asbestos being in walls, roofs and things like that, but we actually found, when we had an asbestos inspection done, that we had asbestos tiles that were down in the kitchen.

I didn’t know that they existed, Cherie. 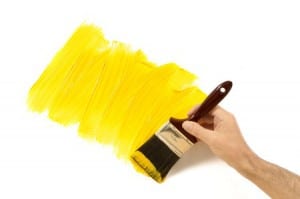 There are a lot of renovators out there who have absolutely no idea. They’re renovating amongst asbestos and don’t know it.

Most people think it’s in the walls, or on the ceiling linings, or in the bathroom – that’s one area where it typically tends to be.

But it can be under carpet tiles, even in carpet underlay.

People knock out their walls and they see this white knitting around all of their hot water pipes: that’s actually asbestos.

I was talking to my dad about it just last week and she said, “Cherie, do you know that all the old railway sleepers are riddled with asbestos from the train brakes that are asbestos.

Cherie:  We’re actually surrounded by it everywhere, so we just have to make sure we do it safely.

My advice to people is don’t remove it yourself; bring in the professionals. To me, no amount of profit is worth dying for.

Unfortunately, it’s an issue close to my heart because my grandfather died of asbestosis ten years ago, and I was actually there on his last breath.

I tell you, it’s a very horrible disease to die of asbestos-related poisoning. We want less people to die from it.

Kevin:  As you said earlier, you don’t have to be afraid of it; just be aware of it. It shouldn’t stop you from buying a property with asbestos, either, should it, Cherie?

Cherie:  Absolutely not. To be honest, I buy a lot of properties that are asbestos.

I buy a lot of old fiber houses that I get in and cosmetically renovate. They tend to be houses that people run away from, because people freak out about asbestos. It’s one of those big building, no-noes. It’s up there with termites, concrete cancer, rising damp, and asbestos.

At the end of the day, there is a solution to asbestos.

Then negotiate the cost of that removal off the purchase price.

Cherie:  That’s how I typically look at it.

Kevin:  That’s right. As we say, there are opportunities; you shouldn’t run away from them. Cherie, thank you so much for your time.