In a recent Real Estate Talk show we catch up with Louis Christopher to find out if the predictions he made last September are starting to take shape or if he missed the mark.

Kevin:  You might recall back in September last year, Louis Christopher from SQM Research made some predictions – as he does every year –about the year ahead, about 2015. He rejoins us now to have a look at that and to see if we’re on track.

Kevin:  Thanks for joining us. I think from memory, you were looking at general capital growth around Australia of 5% to 9% – patchy, because some areas were going to be better than that?

Louis:  That is correct.

Sydney, the forecast was for +8 – +12%. That was the strongest city in terms of results we’re expecting. The weakest city was a race between Darwin and Canberra.

At this stage, we believe our forecasts are on track.

The Sydney property market is still looking very strong. We think the new season is going to open up with higher clearance rates than where it ended off in 2014.

Kevin:  The auction activity late last year in Sydney and Melbourne was very strong – stronger, probably, in Sydney than in Melbourne, to be fair. Do you see that continuing?

Louis:  Yes, I do. It’ll be on fewer auction listings than what traditionally occur at the start of a new calendar year, but we’ll see higher clearance rates. I think we’ll see clearance rates for those two cities at least back into the 70s once again, driven by a strong buyer demand.

The reality out there is it is a patchy economy, I’m sure you’re well aware of that, but on the east coast of the country, things seem to be a little bit better.

They’re better in Sydney, for sure.

They’re a little bit better in Brisbane and Melbourne. It’s the resources locations or areas directly impacted by budget cuts that are feeling the pinch the most.

Kevin:  You mentioned Brisbane there. Let’s have a look at some of the regional areas, as well. There are some areas in Queensland that are continuing to suffer. 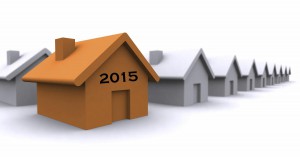 The Mackay market hasn’t been looking very good for quite some time.

Basically, any of those north Queensland towns that have exposure to the resources downturn are definitely hurting on the real estate front.

Until we see a bottoming on the resources area, I see ongoing weakness with those particular towns.

On the other hand, those towns that are exposed to tourism are actually benefiting from the lower Australian dollar.

In southeast Queensland, such as the Gold Coast, and to a lesser extent the Sunshine Coast, we are seeing a recovery in those local or regional housing markets as we speak.

Louis:  The Perth market, in terms of our forecast, has very slow capital growth of 1% to 4%. We’re not expecting a dramatic fall in prices, but we have been on record to say there is a heightened risk of a major house-price downturn in Perth. We’re certainly seeing a downturn in Perth rental market.

On our numbers, Perth rents are actually down 8% year on year.

So far, I think the low interest rates in Perth have managed to hold up the housing market overall, but whether that continues into 2015 and 2016, time will tell.

Kevin:  The big winners are really Sydney, Melbourne, and – probably to a lesser extent – Brisbane?

Louis:  That’s it. Many people are still wondering how we can remain so bullish on Sydney given the run it’s already had. There are a few fundamental things going on in that city market there.

We have strong population growth right now. Last year, the estimate is that we had 90,000 people come to town.

We have a strong state economy where the state budget is definitely in the black, and the state government is spending good money on infrastructure.

That’s been boosting the local economy, and that’s also one of the reasons why we’ve had an ongoing recovery in the housing market.

Now, things are definitely expensive in Sydney, there’s no question about it. Could it keep on running for a while yet? Yes, we think it will.

Kevin:  It’s always good talking to you, Louis Christopher from SQM Research. Thanks for your time, Louis.

'Property Predictions for 2015 from Louis Christopher' have 2 comments