In his weekly column for Switzer, John McGrath addressed the ever changing face of the Australian Property Market.

Here is his what he had to say:

There is no one singular Australian property market.

There are indeed dozens of markets; and markets within those markets.

But broadly speaking, you could certainly say we’ve had a two-speed marketplace with the  Sydney and Melbourne property market leading the way and now at the tail end of their growth cycles, while the balance of capital cities are yet to begin theirs.

Here’s the state of play nationwide.

New stats from RP Data for the 12 months ending January 31 show the following price growth (or decline) patterns across the capitals. 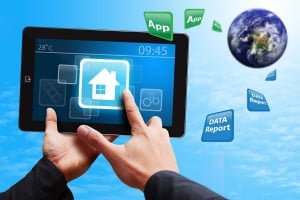 We have forecast for some time now that South-East Queensland will experience the strongest capital growth over the next few years but I expect almost all of Australia will show growth this year.

I think we will see a steady marketplace with a good balance between buyers and sellers in the big cities.

At worst, we might see a minor short term correction in Sydney as the market recalibrates after several years of phenomenal growth, but I also think there’s equal chance we could see a few more percentage point rises in median values.

January has shown us that there is very little reduction in owner-occupier demand across most price ranges, with strong interest at inspections and early new year buying at solid levels.

Most of our offices at McGrath had much stronger results this January compared with January 2015, which suggests the market has depth.

The latest official figures from the Bureau of Statistics show housing finance rose by 1.8% to $33.3 billion in November 2015 and this was largely driven by new or refinanced owner occupier mortgages ($21.8 billion).

The value of loans to upgraders or downsizers was greater than for investors ($11.5 billion), which was a significant but expected change following the introduction of tighter lending criteria for investment finance.

In terms of Sydney and Melbourne market performance this year, early indicators are that buying demand is still strong.

It would not have been healthy for these cities to continue at the pace they were going.

Although there was no bubble, Sydney in particular got to a point where sales were extraordinarily high, often 25%-50% above expectations.

I think it’s these types of extraordinary results that will taper off and be replaced by a more predictable set of outcomes in 2016.

Buyers have had a tough few years getting into the Sydney market but I believe they now have a great opportunity to secure the right property before the market moves upwards again.

At the end of booms, buyers can get a bit obsessed with timing.

They often hold off believing (or rather, hoping) prices will fall and this delays their purchase.

I’ve been in the game for 32 years and believe me, time in the market is much more important than timing the market when you buy.

'Property markets state of play' have no comments