Here’s what’s happening in the Melbourne property market according to Corelogic’s Decile report.

The report provides a detailed analysis at different levels of Australia’s property market by dividing the market into ten equal groups (or deciles) based on tiers of property value. 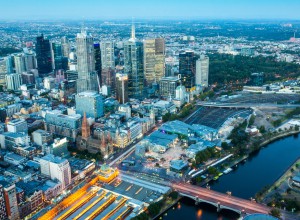 By analysing changes in dwelling values across each decile, the report identifies which parts of the market are over or under performing relative to the headline trends, summarising property market conditions nationally and across each of the capital cities.

The -0.7% fall in Melbourne dwelling values over the three months to April 2018 was the greatest fall over a three month period since February 2012.

Over the 12 months to April 2018, Melbourne dwelling values increased by 3.7% which was the slowest rate of growth since March 2013.

With the recent declines, dwelling values in Melbourne are now -1.1% beneath their November 2017 peak. Looking at the quarterly value change across the 10 market segments shows values fell across the higher valued housing stock.

Each of the 7th to 10th deciles recorded a fall in dwelling values, with the declines becoming progressively greater.

The 6th decile recorded the largest quarterly increase, there was no change in values across the 5th decile and the four lowest value deciles continued to record modest growth.

The 10th decile was the only market sector where values fell over the past year while only the 8th, 9th and 10th deciles recorded growth that was lower than the headline city-wide figure.

While the 2nd decile recorded the strongest annual growth at 12.0%, each of the 1st to 3rd deciles recorded double-digit capital gains over the past twelve months. The figures shows a significant difference in the housing market’s performance between the most affordable and most expensive housing stock.

Based on the annual change data, the market for housing valued in excess of $1.12 million has weakened over the year while housing stock valued below $600,000 has continued to achieve strong value growth.

More recently, housing stock valued at over $800,000 has started to see value declines.