The RP Data-Rismark combined capital city index has retraced the 1.7% decline recorded over April and May to finish the June quarter 0.2% higher.

Over the month of June, dwelling values rose by 1.9 per cent across the RP Data-Rismark eight capital city aggregate index. According to RP Data research director Tim Lawless, the June rise has more than reversed the falls in the Index recorded over both April and May when across both months, values dipped by 1.7 per cent.

Highlights over the quarter:

Most affordable city: Hobart with a median dwelling price of $316,000. 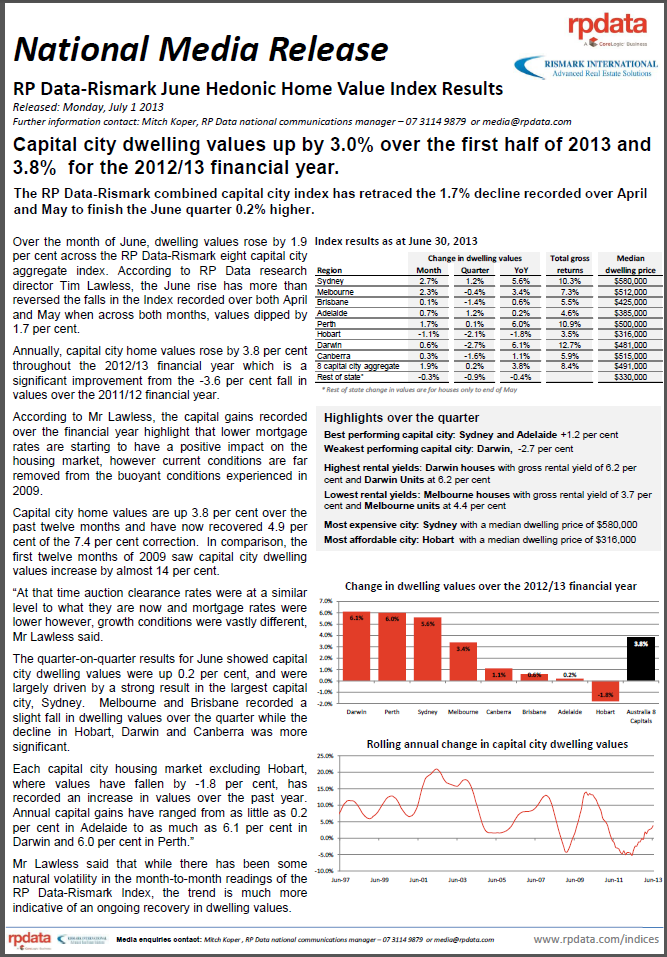 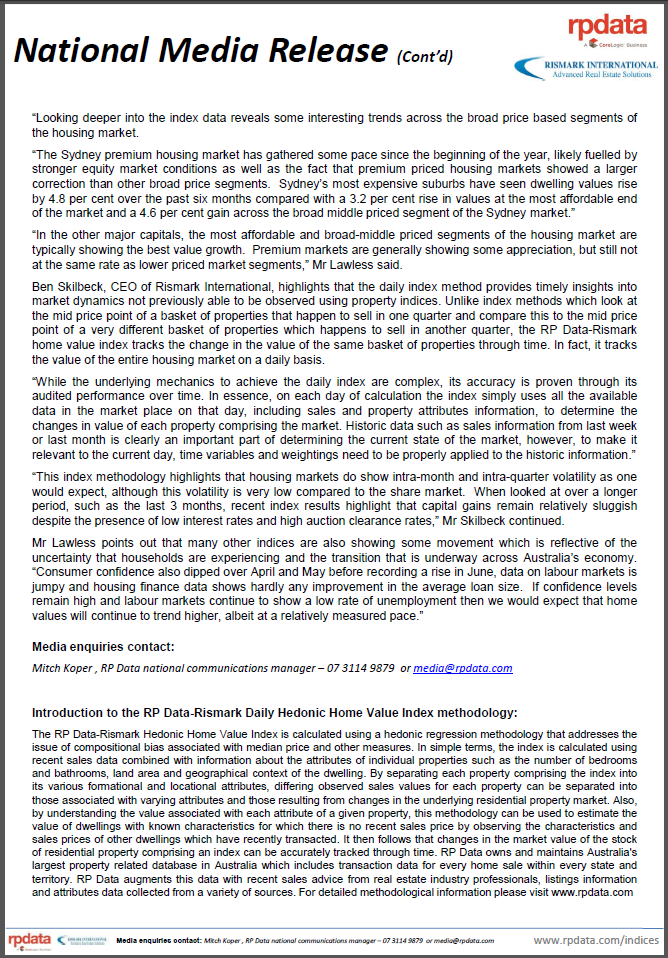 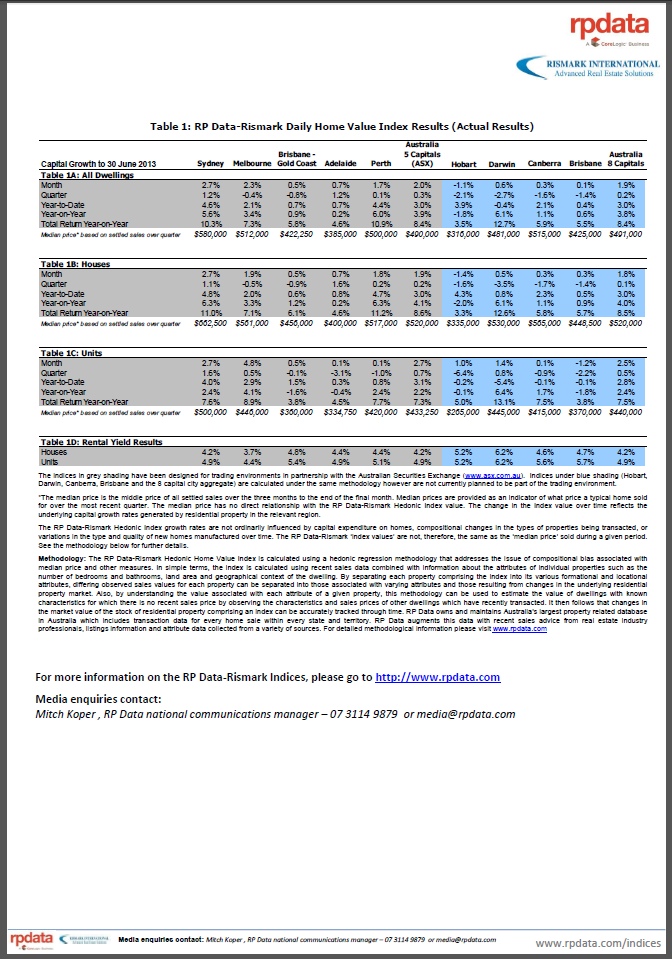