Contrary to statements made by other real estate commentators that the property boom is over, SQM Research’s latest Housing Boom and Bust Report has forecast growth to continue in the housing market for the remainder for 2014 and into 2015.

Overvalued but no bubble

The market is somewhat overvalued but not by as much as what some have very publicly stated. 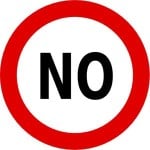 I don’t believe at this stage the market is in a bubble.

Some cities are heading into overvalued territory, but the point overall is the market is far from a bubble situation when taking into account historical valuations over the past 30 years.

In fact SQM Research predicts continued price rises for Sydney of between 8-12% with the weighted average capital city gain in 2014 to be between 5% – 9%.

The forecast takes into account a scenario whereby the economy is steady, interest rates remain unchanged and the AUD stays above 85 US cents. We believe that an interest rare rise is an unlikely scenario because of the economic slowdown occurring, which has been brought on by the mining downturn and subsequently, has negatively impacted upon employment and wages in Australia.

Over the last 12 months hourly labour rates grew by just 2.6% – the slowest rate of growth recorded since the recession of 1991.

For some time now,we have been aware of the strong correlation between house prices and wages.

So what does this mean for house prices in this country?

Simple – low income growth levels are not conducive to out performing housing markets. 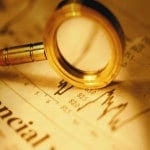 Interest-rate setting has become increasingly critical to economic growth in house price levels.  This means that for now, the market is being boosted by low interest rates and will continue to do so into 2015.

However beyond this the market will require a stronger economy to keep the momentum going into later 2015 and 2016.

At this point in time we think this is unlikely unless there is a significant fall in the dollar, which would drive income growth for 2016. But in that case, such a scenario would likely force the RBA be a lift rates in that year.

Our Housing Boom and Bust Report is available at our SQM Research website for a one off introductory purchase of $39.95.