Figures released by SQM Research reveal national residential listings jumped 7.9% in November 2018 to 361,619 from 335,014 in October, with stock on market rising in all cities in an expected usual seasonal uplift. Compared to a year ago, national listings rose 8.1%.

In Melbourne, listings jumped by 11.6%, to be higher 32.2% from a year ago, as a surplus of properties hits the market there.

In Hobart, listing increased a significant 17.2%, with stock levels down just 1.0% compared to a year earlier. 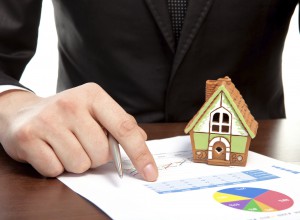 A rise in listings is normal in November as people try sell properties before the year’s end.

An additional weekend made it into November rather than October, also helping to lift listings over the month.

November listings usually jump ahead of the market slowing during the Christmas and New Year’s break, so the results are expected.

That said, the year-on-year increases in Sydney and Melbourne are large.

The market in these big cities is now flooded with stock. Vendors who do not price their properties realistically will not sell in this market. It has been a particularly bad spring selling season for vendors and agents alike.

It is also likely this will be the peak in listings for the year as we expect the December reading to fall given the Christmas break.

We are also finally seeing some relief in Hobart, with listings jumping in November, helping to reverse a shortage of properties available for sale.

Capital city average asking prices for houses fell to $932,600 while unit asking prices were steady at $569,300 over the month to 4 December. 'Property listings jump in November' have no comments