All capital cities experienced decreases in property listings over the month except for Perth which had a 0.1% increase in listings.

The largest decrease was in Melbourne of 4.7%.

Year-on-year listings also show larger declines for most capital cities with the exception of Sydney and Melbourne, both recording increases of 4.5% and 21.1%, respectively.

The month of January traditionally records falls in properties listed for sale as the market is still in a summer holiday mode.

This year was no exception. However, when we consider the number of new listings compared to January 2020, there was a material rise in nearly all cities.

This finding is consistent with the observed early start to the auction market over January and February.

Capital City asking prices declined by 0.7% for houses but increased 0.2% for units, over the month to 2 February 2021. 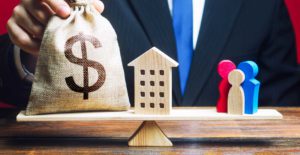 Compared to a year ago, the capital city asking prices posted increases of 2.0% for houses but a decline of 2.1% for units.

Perth, Adelaide and Darwin all recorded increases in both house and unit prices over the month to 2 February 2021.

Sydney recorded a decline in house prices of 1.7% but an increase in unit prices of 0.2%.

'Property Listings Decreased in January' have no comments